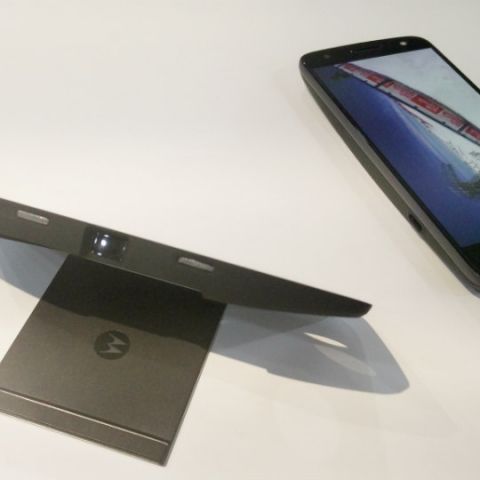 Lenovo is all set to bring its modular smartphone, the Moto Z, to India next month. The smartphone was unveiled in June 2016, and you can check out our initial impressions of the device here. Lenovo India's Executive Director of Mobile Business Group, Sudhin Mathur, told PTI, "We will launch 8 new devices, of which six we have already announced, in this festive season. This includes the Moto Z."

Coming to the specifications of the Moto Z, the smartphone has a 5.5-inch 1440p display, and is powered by the Qualcomm Snapdragon 820 SoC. It sports 4GB of RAM and comes with 32GB and 64GB of native storage. The rear of the smartphone has a 13MP camera and the front has a 5MP camera. A 2600mAh battery powers the entire package, and the smartphone runs on Android v6.0.1 out of the box. Unlike the Moto X or Moto G, the new Moto Z is quite slim, and is just 5.5mm thick. There is a rather raised camera bump at the back, and this is also the first time that Motorola has opted for a USB-C port, removing the long-trusted 3.5mm headphone jack. This is something that we have seen on the LeEco Le 2, and the recently launched iPhone 7 family.

The Moto Z Force, on the other hand, has a 5.5-inch 1440p display and is also powered by the Qualcomm Snapdragon 820 SoC coupled with 4GB RAM and 32GB/64GB of storage. It has a 21MP rear camera, and a 5MP front camera. A 3500mAh battery powers the entire package, and the smartphone runs on Android v6.0.1 out of the box. The Moto Z Force features a larger battery and is a little thicker than the Moto Z.  At just 6.99mm, though, it is still quite slim. The Moto Z Force features a Shattershield display, which was earlier seen on the Moto X Force launched in India earlier this year.

The phones feature something called MotoMods. These are snap-on mods, somewhat similar to the LG G5's Friends. They connect with the phone using magnetic contact points located at the back of the phone. So, unlike the LG G5, you don’t need to power off the smartphone to change or add a mod. There are three main Moto Z mods, one is a simple battery mod called the Incipio offGrid Power Pack, one speaker mod by JBL called the JBL SoundBoost, a portable projector mod that can project a 70-inch image to a wall and has an hour's worth of battery by itself, after which it uses the phone's battery. It projects at a resolution of 854x480 pixels.