Foldable smartphones are slowly permeating into the mainstream with the Huawei Mate X and the Samsung Galaxy Fold going on sale in the few weeks across regions. Oppo and Xiaomi have also officially admitted to be working on their versions. Meanwhile, Lenovo is also dabbling with the idea of making a foldable phone, but in a different way. Reminiscent of the Moto Razr, Lenovo will apparently launch a phone that folds vertically. 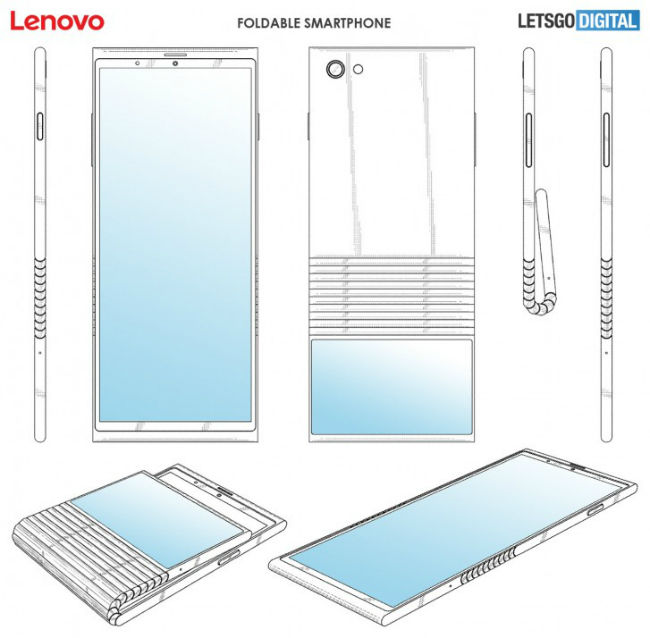 Motorola’s parent company Lenovo had filed for a patent at WIPO of a foldable device with a vertical fold. New renders now reveal how the device will look like. Lenovo or Motorola’s foldable phone will have a big hinge on the back. It will let users choose the point where to flex, so you can either fold it halfway or totally full.

The flexible hinge will enable a clamshell design which could probably be the Moto Razr of the future. Once unfolded, the phone will have an elongated screen. It won’t be as wide as other foldable phones, and it can be easily operated using one hand. 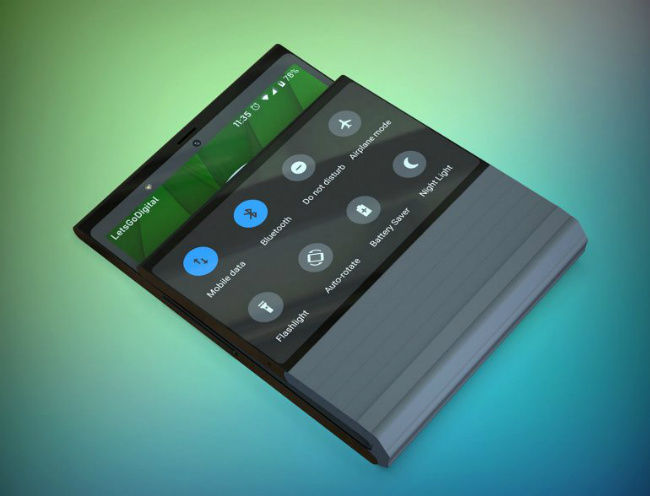 The edges around the display will also be kept minimal if the renders are anything to go by. There is a place for a receiver on the top along with a front camera on the top border.

The renders also reveal the foldable phone will have a second screen, on the back. It appears when you fold the phone shut. Interestingly, the Razr Phone that was patented last year also had a second screen.

Curiously enough, the crease where the phone folds is not in the middle. It’s near the bottom and can be bent to reduce the size of the phone. Notably, Lenovo is not the only one working on such a design. ZTE and Oppo are also considering the idea of uneven fold design.

It’s unclear when the device will be officially announced by Lenovo/Motorola. An earlier report had tipped the Moto Razr will reborn in 2019 summer and is expected to retail for around $1500 (roughly Rs 1,00,000).