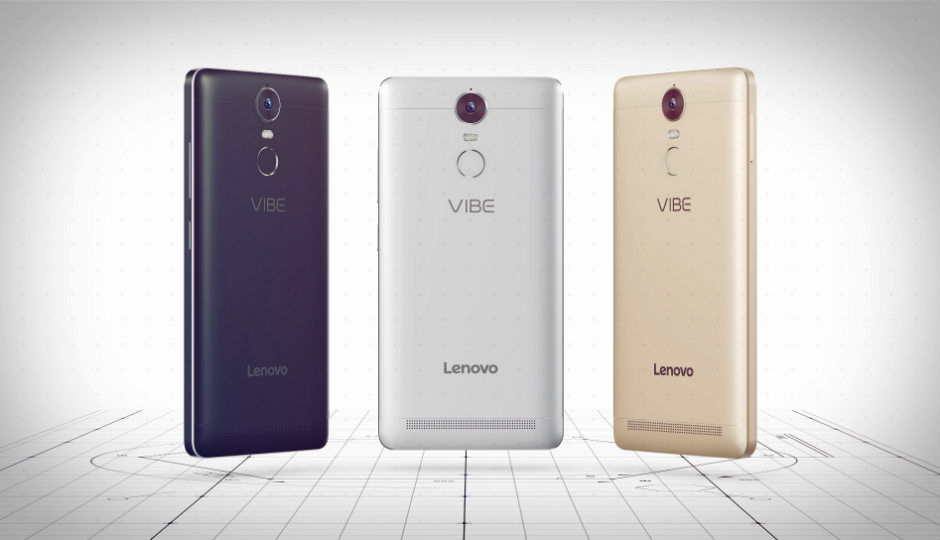 Lenovo has launched the Vibe K5 Note smartphone in India. The device is available in two variants, one with 3GB RAM and another with 4GB ,RAM and both offer 32GB of internal storage. The two variants are priced at Rs. 11,999 and Rs. 13,499 respectively, and will be exclusively available via Flipkart from August 4. It is the successor to the Vibe K4 Note that was launched in January, and features a 5.5-inch Full HD display and a 1.8GHz MediaTek Helio P10 SoC at the core. At the back of the device is a 13MP camera, while the front features an 8MP camera. The smartphone is also equipped with a 3500mAh battery, which the company says can offer talktime of about 18 hours on 3G connectivity. It runs on Android Marshmallow v6.0, and sports a fingerprint sensor at the back of the device.

The device also supports Lenovo’s TheaterMax technology, and can be used with the ANT VR headset. Further, users can purchase a TheaterMax Controller that will make it easier to control the content they are viewing via the VR headset. The smartphone is equipped with Dolby Atmos audio, along with Wolfson WM8281 audio codec for a better audio experience. Lenovo had launched the Vibe K5 Note in China just a few days after it launched the Vibe K4 Note in India. The Chinese variant of the phone features similar specifications as the Indian variant, but offers only 2GB of RAM.

Besides the Vibe K5 Note, Lenovo has also launched an upgraded variant of the Vibe K5 Plus. The new device will cost the same as the original, but sports 3GB RAM instead of 2GB. Other changes include a new UI and storage expansion support of up to 128GB.

New Mobiles
Realme 10 Pro | Oneplus 11 Pro | Vivo X90 Pro Plus | Vivo V27
Latest Post
Apple is enhancing your security with full iCloud encryption and other tools | Tecno’s flagship device, the Tecno Phantom X2, is out! Here’s what to expect | 700 apps on the Apple App Store could be pricier than you remember | Snapchat testing out lenses with digital goods that can be bought with snap tokens | OnePlus 11’s camera module is on full display in leaked live images
Top-10s
Best Phone under 15000 | Best Phone under 20000 | Best Phone Under 10000 | Best Mobile Phones | Best 5G Mobile Phones