The standard variant of the Le Max with 64GB of storage is priced at Rs. 32,999, while the Sapphire variant with Sapphire crystal display and 128GB of storage costs Rs. 69,999 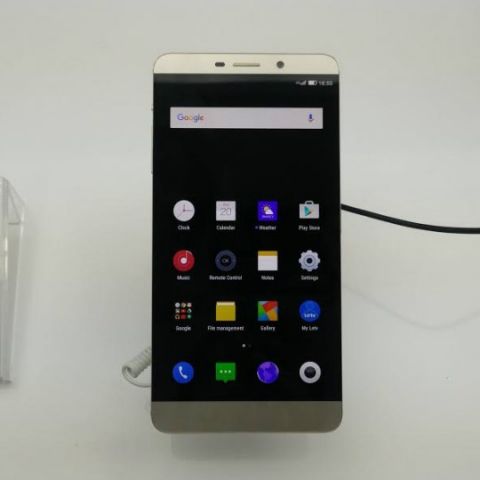 LeEco, formerly known as LeTV, has officially launched the Le Max and the Le 1S in India. Priced at Rs. 32,999 and Rs. 10,999 respectively, the two devices are available exclusively from at Flipkart via a flash sale model. They also announced a variant of the Le Max with Sapphire crystal display called the Le Max Sapphire for Rs. 69,999. These smartphones are the first to be launched by the company in India.

The Le Max comes with a 6.33-inch display with a resolution of 2560 x 1440 pixels. It is powered by a 2GHz Qualcomm Snapdragon 810 processor with 4GB of RAM and comes with a USB Type-C port. The device is available with 64GB of onboard storage, while the Sapphire variant comes with 128GB of onboard storage. At the back of the phone is a 21MP primary camera with a 4MP UltraPixel front camera. The phone also comes with a fingerprint sensor and runs Android Lollipop v5.0 with EUI layered over it. It also comes with a USB Type-C port and a 3400mAh battery. The Le Max has a dual SIM configuration, one is a nano SIM slot and the other is a micro SIM slot.

The Le 1S comes with a 5.5-inch IPS LCD Full HD display and is powered by a Mediatek Helio X10 processor clocked at 2.2Ghz with 3GB of RAM. The device comes with 32GB of onboard storage which cannot be expanded and it has a USB Type-C port as well. At the back of the device is a 13MP ISOCELL camera with a single LED flash while at the front is a 5MP camera with an 85 degree wide angle lens. The device runs Android Lollipop v5.1.1 with the company’s EUI layered over it. It is also equipped with a fingerprint scanner and a 3000mAh battery.

LeEco has partnered with YuppTV and Eros Now to provide TV and movie content for its range of phones. It also announced that buyers of its phones will get a year's subscription to Eros Now. A few days ago, LeTV announced that it has officially rebranded itself to LeEco and also unveiled a new logo. The Chinese company added that it was looking beyond its domestic market and wants to compete with companies from the Fortune 500 list on a global scale.

At the CES 2016 event held in Las Vegas earlier this month, it was revealed that the LeTV (LeEco) Le Max Pro is the first smartphone to be powered by the Qualcomm Snapdragon 820 SoC. Besides the processor, the Le Max Pro comes with a 6.33-inch display with a resolution of 2560 x 1440 pixels. At the back is a 21MP with a fingerprint sensor located below it. The device runs Android Marshmallow v6.0 and comes with 32GB, 64GB, and 128GB storage options. In addition, the phone comes with a 3400mAh battery with support for Quick Charge 2.0 and a USB Type-C port. It was also revealed at the event that British car manufacturer, Aston Martin, had signed an MoU with the company to develop a new touch based infotainment system in new Aston Martin vehicles.

Earlier this month, LeEco showed off three new products at an event in Delhi. This included the Le 3D Helmet, the LeMe EB30 Bluetooth headphones, and the Super Cycle. The Le 3D Helmet is a virtual reality device with a 5.5-inch LCD screen with a resolution of 2560 x 1440 pixels and a 70 degree field of view. It also has a USB Type-C port to connect to the user’s phone. The LeMe headphones come with a 195mAh battery, built-in microphones as well as a 20mw speaker.

The Super Cycle is a self-powered bicycle with a 8400mAh battery, which is charged by pedaling the cycle. It also comes with its own operating system called Cycle OS and has a built-in walkie talkie as well as a GPS. The Super Cycle is equipped with various sensors which collect data while the user is cycling. It monitors the way a user cycles and after a while, it will generate a customised cycling scheme. It also comes with a fingerprint scanner instead of a traditional lock.