LeEco goes for the kill with Le 2, Le Max2, watch out Xiaomi 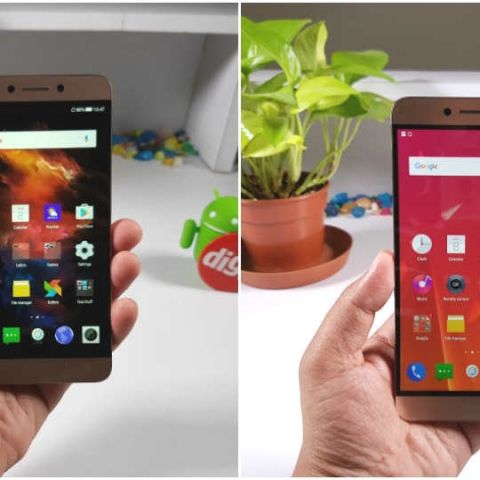 LeEco has launched the Le Max2, and Le 2 in India. The Le Max2 is the company’s flagship device and is available in two variants, one with 4GB of RAM and 32GB storage, another with 6GB of RAM and 64GB of storage. The two variants are priced at Rs. 22,999 and Rs. 29,999 respectively. The Le Max2 features a 5.7-inch QHD display and is powered by a 2.15GHz Qualcomm Snapdragon 820 SoC. At the back of the device is a 21MP camera with OIS and phase detection autofocus, while at the front is an 8MP camera. The phone is equipped with a 3100mAh battery.

The Le 2 is priced at Rs. 11,999 and features a 5.5-inch Full HD display and is powered by a 1.8GHz Qualcomm Snapdragon 652 processor with 3GB of RAM. The device sports a 16MP camera at the back with phase detection autofocus and dual-tone flash, while at the front is an 8MP camera. The phone offers 32GB of storage and is equipped with a 3000mAh battery.

Both devices feature a metal build and do not come with a 3.5mm audio jack. Instead, both devices use the USB Type-C port for audio. However, buyers will receive a USB Type-C to 3.5mm cable with the device. LeEco also unveiled CDLA Type-C earphones priced at Rs. 1,990. Further, both sport fingerprint sensors and run Android Marshmallow v6.0.1, with EUI 5.6 layered over it. The two devices will also come with a 1-year subscription to LeEco’s content ecosystem.

LeEco also unveiled it official e-commerce platform called LeMall in India. The platform will allow users to purchase LeEco products like phones, audio devices, and other accessories. The Le 2 and Le Max2 smartphone will be availble on LeMall.com and Flipkart with registrations starting from June 20.

Larlier this year, LeEco entered the Indian market with the Le 1s and the Le Max smartphones. The Le 1s was launched at Rs. 10,999, while the Le Max was priced at Rs. 32,999. A variant of the Le Max with a Sapphire crystal display and 128GB storage was also launched at a price of Rs. 69,999. Last month, the company launched the Le 1s Eco, which came bundled with a 1-year subscription to LeEco's content ecosystem.