OnePlus 2 performance benchmarked video: A video that shows OnePlus 2 running Antutu benchmark has been leaked, take a look at what kind of performance the flagship killer is capable of as per the leaked video 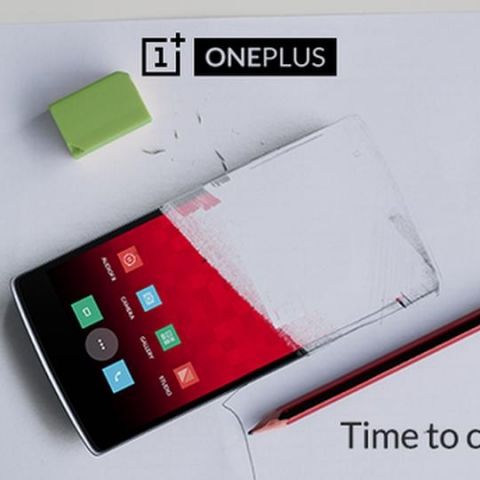 With the official launch of the highly anticipated OnePlus 2 flagship smartphone less than 24 hours away, a new video shows the device running the Antutu benchmark. The OnePlus 2 scores 49,000 points as per the leaked video. Currently, high end smartphones like the Samsung Galaxy S6 Edge score much higher than this, while both the LG G4 and Sony Xperia Z3 Plus are nearer. In our review we the Galaxy S6 Edge scored 66797 points on the Antutu benchmark.

The Oneplus 2 runs on the cooler second generation of Qualcomm Snapdragon 810 SoC, it is a 64-bit capable chip with Adreno 430 GPU. The OnePlus 2 offers 4GB RAM as per the official info released by OnePlus ahead of its launch. Apart from the core specs, the device offers a fingerprint sensor and USB type C connector. Apart from these official leaks, the OnePlus 2 also hinted at a smaller display which should translate to a more compact form factor, something that can be seen in the video as well. Apart from these specs, Marques Brownlee, popular youtuber known for high quality tech videos and leaks also gave us an alleged preview of what the 13MP camera on the OnePlus 2 is capable of.

The Qualcomm Snapdragon 810, which is the SoC in question here, is a powerful processor, and has been reported by various sources, including us, to have heating issues. OnePlus does say that they have used the second generation of the SoC, which is cooler but if cooler temperatures are being achieved at the cost of performance, the OnePlus 2 might not be the flagship killer that you expected.

The OnePlus One which remains a great success story for the small phone manufacturer is still the choice for many who are buying phones on the mid-tier segment. The recent price drops in the price, and the availability of the phone without invites, has made it an even more popular choice amongst new buyers. However, for the OnePlus 2, the company has a new invite system in place. You can register now if you want.

The OnePlus 2 is launching today and the launch event will have a special VR format that can be viewed by a OnePlus or other Cardboard VR headset, OnePlus has been selling the Cardboard VR on the Amazon India website, priced at Rs. 99. The VR headset went out of stock almost immediately on the day of its availability in India. OnePlus has also confirmed that it won't be selling more of these OnePlus Cardboard headsets.