While on one hand Nokia confirmed that it will launch a new product -- rumoured to be the Nokia X5 (also called the Nokia 5.1) -- on July 11 in China, on the other hand, some leaks surfaced on the internet showing the press renders of presumably Nokia X5. There are also some reports that claim the leaked renders are of Nokia X6 which looks exactly like Nokia X5 (aka Nokia 5.1 Plus).

The leak shows a phone with a notch, thin bezels on the side and a chin with the Nokia branding. The notch of the device is wide and on the back, there is a glass panel and a dual-camera setup aligned vertically in the centre of the panel. An LED flash is also seen just below the cameras followed by a fingerprint scanner. 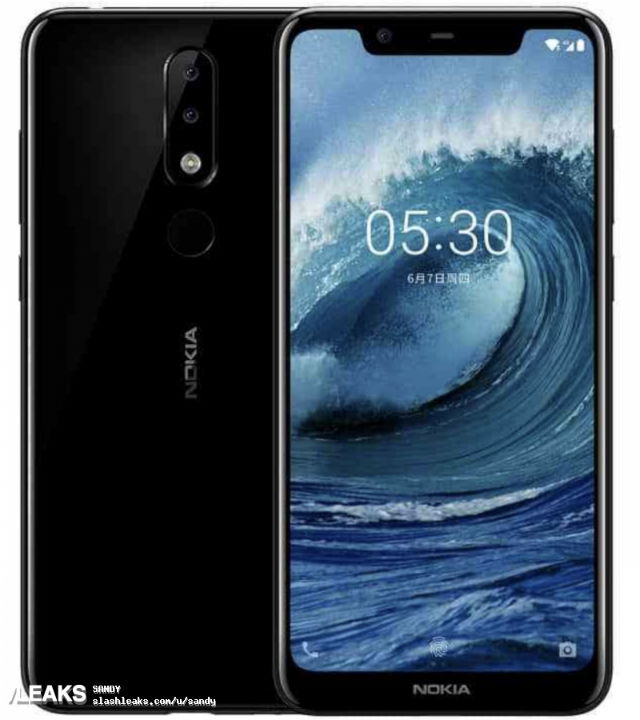 As far as specifications are concerned, the Nokia X5, which is expected to be launching internationally as the Nokia 5.1 Plus, is reported to sport a 5.8-inch HD+ display with a 720 x 1520 resolution. It will likely be powered by a Qualcomm Snapdragon 600-series chipset or MediaTek Helio P60 clocked at 2GHz coupled with 3GB, 4GB or 6GB RAM and 32GB or 64GB onboard storage. The phone may have a combo of 13MP and 5MP cameras at the back. There are rumours that Nokia might be working on two more smartphones, one of which could be powered by the Snapdragon 710 SoC, while another one could be running on the Snapdragon 845 SoC.