The phone is rumored to be powered by the yet to be announced Qualcomm Snapdragon 670 SoC. 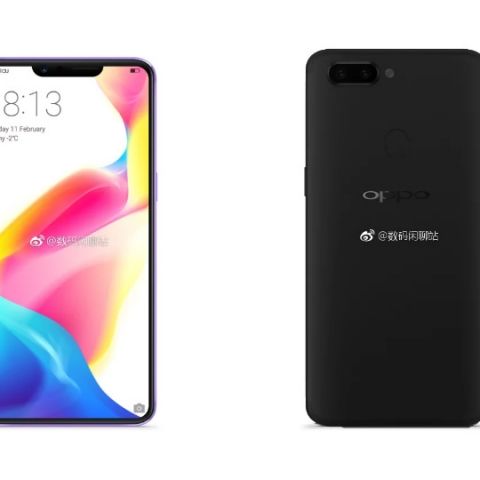 An image of an alleged Oppo R15 was spotted on Chinese microblogging site recently, showcasing the design of the phone. From the looks of it, the phone seems quite inspired by the Apple iPhone X, complete with the notch at the front. However, the rear side of the phone does not seem to have a vertically stacked camera sensor like the Apple flagship. Instead, the renders shown alongside the image show a similar rear camera layout as the OnePlus 5T. Similar to the OnePlus 5T, the antenna bands are located at the top and bottom of the phone. The leak also gives us a glimpse of the three colours the phone might be launched in - Black, Pink, and Purple.

The Oppo R15 or whatever it might be called at launch is supposed to be powered by Qualcomm Snapdragon 670 SoC. The upcoming upper mid-range chipset is rumored to be manufactured using Samsung’s 10nm LPP process technology. The SoC is supposed to bring improvements to the imaging department. A previous leak which had a prototype device powered by the Snapdragon 670 SoC had a 22.6MP + 13 MP dual rear camera. Coming back to the Oppo R15, the leaked images suggest that the phone will have a fingerprint scanner on the back. Gizmochina reports that the phone has already received certification by 3C authority of China. The device may feature Oppo’s VOOC charging technology. 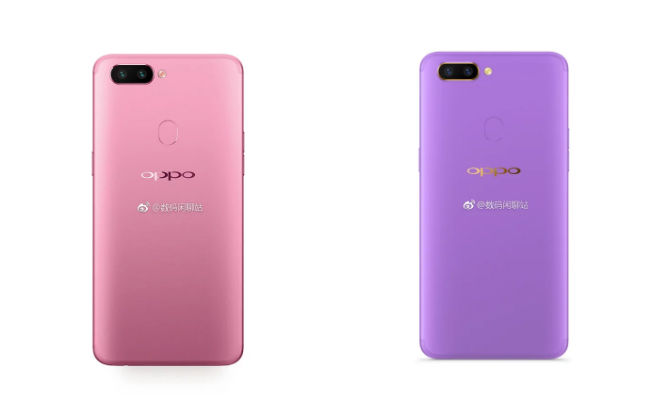