All the upcoming smartphones are tipped to feature thin-bezel displays and could be launched at MWC 2018 in Barcelona.

Some new leaked photos of the Moto Z3, Moto Z3 Play, and a 5G Moto Mod have also surfaced online. Droid Life says that a souped-up variant of the Moto Z3 will arrive later in 2018 with a Snapdragon 845 and higher-resolution display. There is currently info on only the specs of the Moto Z3 and Z3 Play which seem to sport a 6.0-inch Full HD+ display with an 18:9 screen aspect ratio. 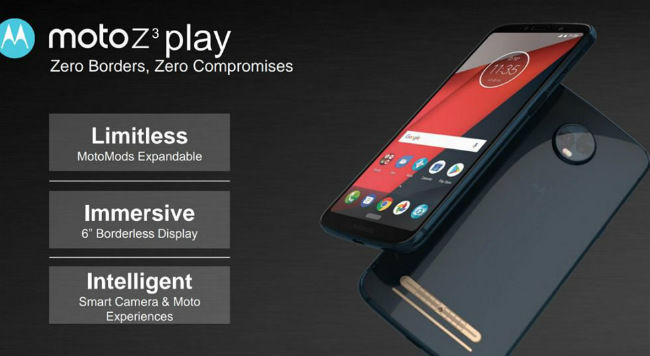 A snapshot of the Moto G6 Plus in the wild have also leaked online. A Redditor has posted alleged photos of the G6 Plus and it looks quite similar to the leaked renders of the device. 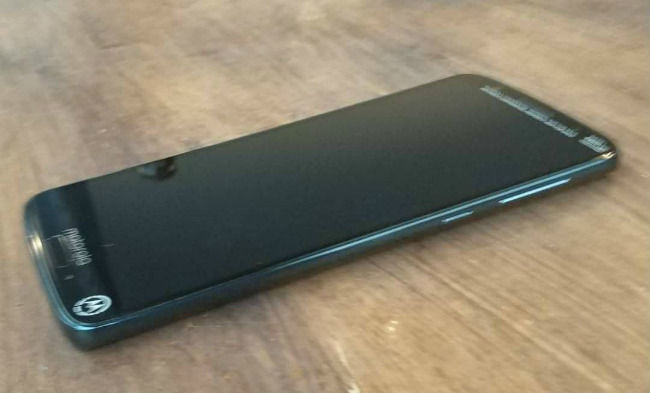 Fresh images of upcoming Motorola smartphones have surfaced online, revealing much of their designs and specifications. Droid Life has posted alleged images of the Moto X5 smartphone, along with the images and some specs of the Moto G6, G6 Plus and the G6 Play. All the aforementioned devices are expected to be unveiled at MWC 2018 in February.

If the images are to be believed, the Moto X5 will sport a 5.9-inch Full HD+ display with a taller 18:9 display aspect ratio. It can also be seen featuring a notch akin to the one seen on the iPhone X with the status bar icons wrapping around it from both sides. There is a dual front and rear camera setup, but the fingerprint sensor is nowhere to be seen on the device. It is also not known whether the smartphone will make use of an in-display fingerprint scanner or feature a facial recognition feature. 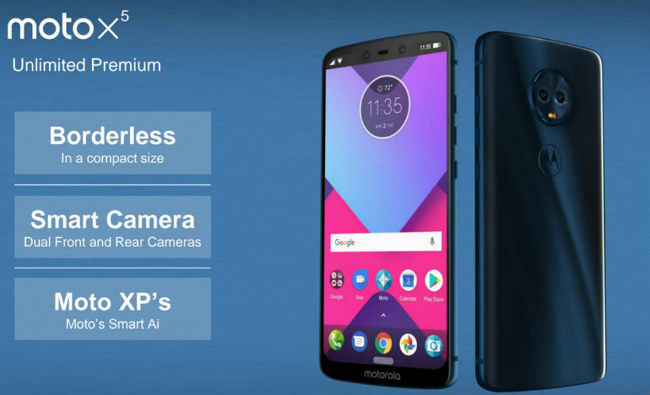 A new white software button can be seen on the bottom of the smartphone’s display. It is speculated that it will help users in navigating within the smartphone’s OS, similar to the swipe navigation using front-facing fingerprint reader on previous Moto phones. There could also be an option allowing users to choose between the traditional three on-screen soft keys and the new single soft button. The image also tips at a feature called Moto XP’s which is stated as “Moto’s Smart Ai”.

Coming to the Moto G6, Moto G6 Plus, and Moto G6 Play, all the three smartphones are seen featuring a taller 18:9 display with a thin-bezel design. They retain the same design structure as the Moto X4 with a protruding camera bump along with Motorola’s 3D glass on the rear. Talking about the display size, the Moto G6 could sport a 5.7-inch Full HD+ display whereas the G6 Plus might feature a larger 5.93-inch FHD+ screen. Both the G6 and the G6 Plus are seen sporting a front-facing fingerprint sensor embedded with the home button, however, the sensor might be moved to the rear panel of the G6 Play. 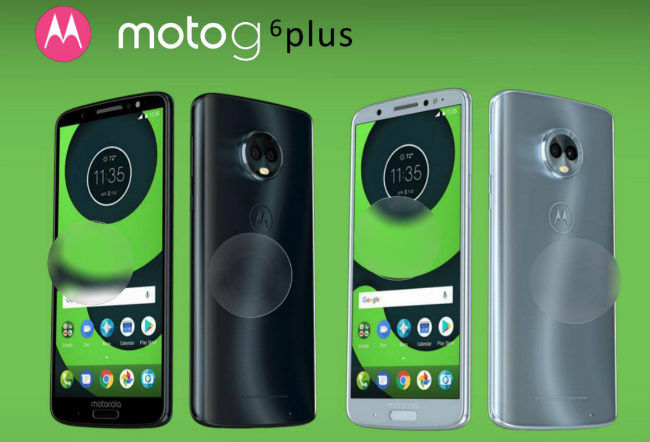