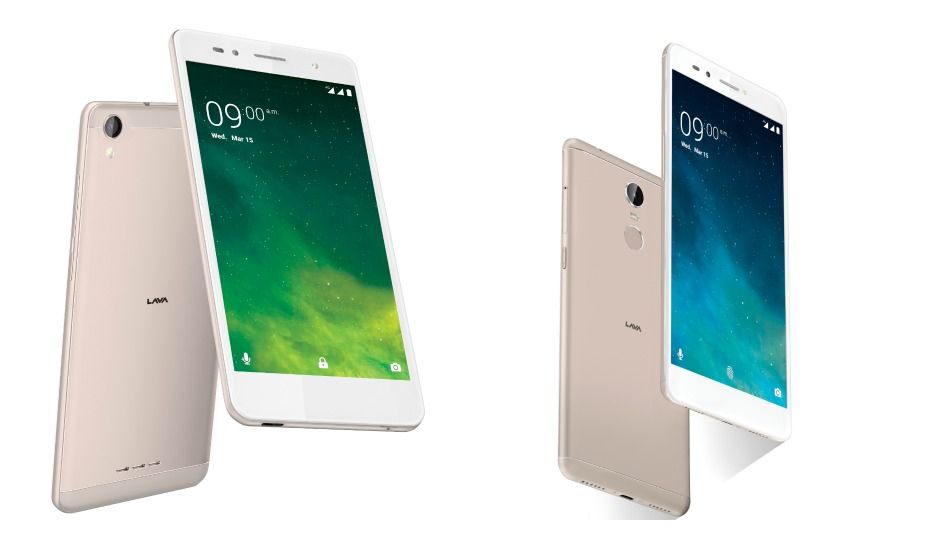 Lava has launched the Z25 and Z10 smartphones in India. Priced at Rs. 18,000 and Rs. 11,500, the two devices are the first devices to be a part of the company’s Z Series. However, the company notes that these prices are in MRP, and says that the customer will be able to avail the best buy prices with suitable discount being offered by the retailer. The phone will initially be available in select retail stores in Delhi from March 23, and will be available in other cities in a few weeks’ time.

The Lava Z25 comes with a 5.5-inch HD display and is powered by a 1.5GHz octa-core processor with 4GB of RAM. At the back of the phone is a 13MP camera with a Sony Exmor RS sensor, while at the front is an 8MP camera with a spotlight flash. The device offered 32GB of inbuilt storage and is equipped with a 3020mAh battery. The phone runs StarOS 3.3, which is based on Android Marshmallow.

The Lava Z10 sports a 5-inch HD display and is powered by a 1.3Ghz quad-core processor with 2GB of RAM. At the back of the device is an 8MP primary camera, while at the front is a 5MP camera with spotlight flash. The phone is equipped with a 2620mAh battery and offers 16GB of storage. Like the Lava Z25, the Z10 also comes with Star OS 3.3.