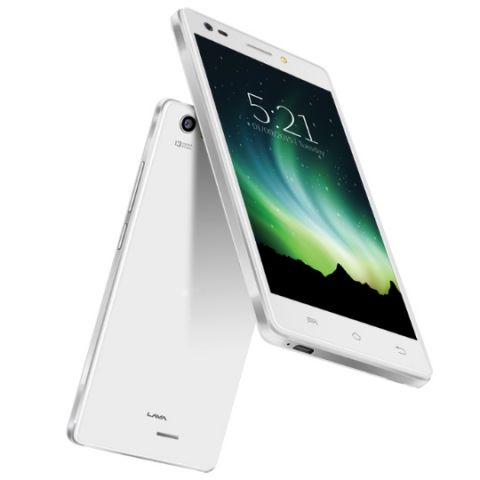 Lava has launched a new smartphone, the Pixel V2, in India today. The device comes with a 64-bit quad-core 1GHz MediaTek MT6735 processor, along with 2GB of RAM. It runs on Star OS 2.0 based on Android Lollipop v5.1, and is priced at Rs. 10,399. The smartphone is available in Royal Sparkle Black and Icy White colours, with a Prism Blue variant expected to come in October. It will be available online from September 15.

The smartphone sports a 5-inch HD display with Asahi Dragontrail Glass protection, 16GB of internal storage, 4G LTE support, and a 2500mAh battery. It also supports microSD card expansion, which can be used to boost the storage space up to 32GB. The device weighs around 128 grams. The phone has a 13MP rear shooter with f/2.0 aperture and dual-LED flash, while the 8MP front shooter has an f/2.4 aperture lens, with LED flash.

At the launch, Navin Chawla, Senior Vice President and Head Product, Lava International said, "The smartphone segment in India is growing exponentially, driven primarily by youth. With smartphones becoming an indispensable part of their lives, camera becomes so much more important. The youth today wants to capture special moments in their life and share them instantly in their social circle. To enable them to capture those moments perfectly, we are delighted to announce the second variant in the Pixel Series with the best in class camera hardware & software features. With this device, we aim to further build a strong portfolio of smartphones in the 10k range and deliver on our mission of empowering people to do more and be more.”

Mr. Subi Samuel, a renowned fashion photographer, partnered with Lava for this product and tried out the Pixel V2. In a personal chat, Subi said that the phone was the best value-for-money camera smartphone available in this price range. Mr. Akash Srivastav, Product Manager, Lava International highlighted the role of Star OS 2.0, a custom UI built over Android v5.1, on how it tries to optimise battery life and performance. He mentioned that we can expect Android M updates bundled with a newer version of Star OS in the future. The device is VoLTE-ready, and as the technology is introduced in the carrier networks, Lava Pixel V2 can also be upgraded to support this technology through software patches.

The Pixel V2 is the second phone in the Pixel series from Lava after the launch of Pixel V1 earlier. The latter was launched under Google’s Android One line of smartphones and was touted as the next-gen Android One phone, but it is not the case for the V2. It is not part of the Android One line. One other difference between the two is in specifications - Pixel V1 has a 5.5-inch display, MediaTek MT6582 processor with 32GB of internal storage, and is priced at Rs. 11,349.