Karbonn has entered the still nascent budget quad-core smartphone segment with the launch of the Smart Titanium 1. The phone is priced at Rs. 10,990. 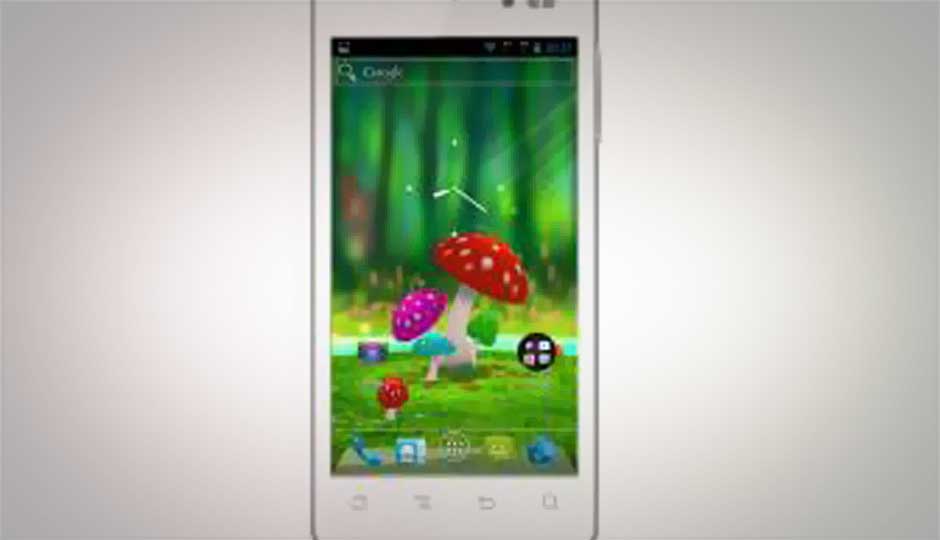 Karbonn has put forth an entrant in the still nascent budget quad-core smartphone segment, with the announcement of the Smart Titanium 1, priced at Rs. 10,990. The phone is scheduled to hit markets in early February. Currently, the only other device in this segment, is the yet to be launched Micromax A116 Canvas HD.

In terms of its specifications, the Smart Titanium 1 has a 4.5-inch qHD (540x960 pixels) display, and most importantly, is powered by 1.2GHz Qualcomm Snapdragon quad-core CPU based on the MSM8225Q SoC, and Adreno 203 GPU. This is coupled with 1GB of RAM, a 4GB ROM and expandable memory via a microSD card slot. Other specifications include a 1600mAh battery, a 5MP rear-facing camera, and a front camera (presumably VGA) for video calls. Straight out-of-the-box, the phone runs on Android 4.1 Jelly Bean.

As we mentioned earlier, the Karbonn Smart Titanium 1 is the second budget quad-core smartphone to be announced for Indian markets. Last week, we saw the unveiling of the Micromax A116 Canvas HD. In terms of specifications, the A116 has a 5-inch IPS display with a 1280x720 pixel resolution. Under the hood, it has a 1.2GHz quad-core MediaTek MT 6589 processor along with 1GB of RAM. It also shows off a PowerVR SGX5 GPU.

The Micromax A116 Canvas HD boasts of dual-SIM capabilities. It has 4GB of built-in storage, expandable up to 32GB via a microSD card. The rear of the device houses an 8MP camera. whereas the front has a 0.3MP shooter for video chatting. It also has a 1600mAh battery. You can read the details of the device's announcement here, and our hands-on first impressions here.

Shashin Devsare, Executive Director, Karbonn Mobiles, spoke at the unveiling of the Smart Titanium 1: “We are extremely proud to be the first brand to bring smartphones enabled by the powerful and power efficient Qualcomm Snapdragon quad-core CPU processor into the country. This move reiterates our commitment to enable cutting-edge technological innovations to our consumers and is an endeavour towards providing the best in mobile technology to them. We are sure that our consumers will feel proud to own the smartphone which with its latest innovations, seeks to up their social quotient by a notch amongst their peers. Available across the country, the Karbonn Smart Titanium 1 opens up a new dimension in the Indian mobile market and enables a pioneering stride towards ‘Massifying Technology’ for the consumers.”