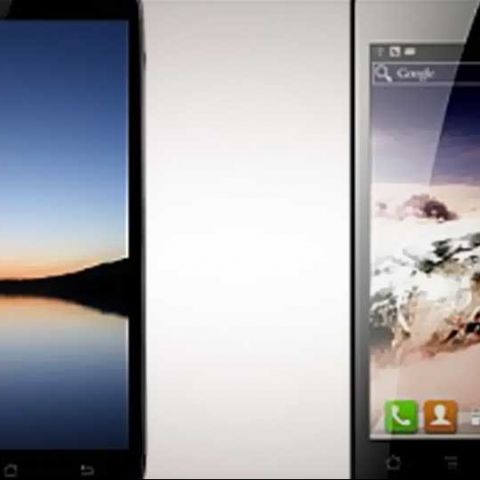 The Karbonn Titanium S5 (a.k.a Smart Titanium S5), the more expensive of the two features a quad-core 1.2GHz processor along with 1GB of RAM. The display is a 5-inch panel, with a resolution of 960x540 pixels (qHD). The feature set on the 8.95mm-thick phone is pretty decent for the price, given that it ships with Android 4.1 Jelly Bean right out of the box. It has an 8MP rear camera and a 2MP shooter in the front. Interestingly, there is no internal storage on the phone, but it does have the provision for a microSD card slot. The Titanium S5 has a 2000mAh battery, but Karbonn has not provided talktime and standby time figures.

The Karbonn Titanium S1 (a.k.a Smart Titanium S1) also runs the same 1.2GHz quad-core processor and 1GB of RAM, but features a smaller 4.5 inch IPS screen, which retains the qHD resolution. The camera also gets a slight pixel downgrade from the S5, going down from 8MP to 5MP in the S1. It features a VGA front camera. The 9.25mm-thick S1 also has a smaller 1600mAh battery as compared to the S5, rated to deliver 4 hours of talktime, and 200 hours of standby time.

We will give your recommendation only once we’ve reviewed the two new Karbonn Titanium smartphones.