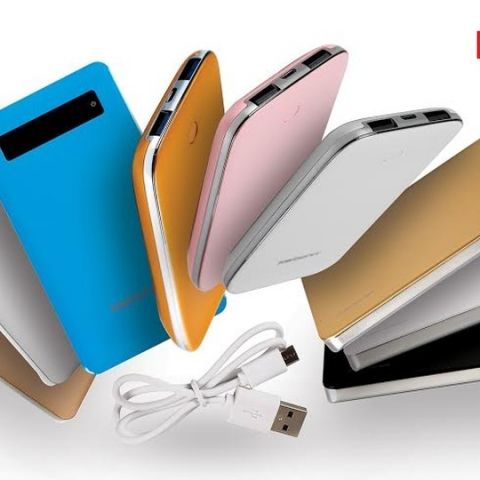 Karbonn Accessories portfolio include the next generation Lithium- Polymer power banks. The devices are available in three power variants including 5,000mAh, 7,000mAh and 10,000mAh priced at Rs 999, Rs 1,299 and Rs 1,599 respectively. The 7,000mAh and 10,000mAh power banks introduced by Karbonn are equipped with dual charging ports for charging more than one mobile device and LED indicators for capacity status.

The 10,000mAh power bank, which is said to be India's first multipower bank, is a multi-functional device fitted with an LED torch for illumination which also doubles up as a TF card reader and has dual charging ports with a sleek LCD display for indicating power capacity. The power banks priced at Rs. 999 upwards would be available for sale on Snapdeal from tomorrow, March 24.

Karbonn also offers a range of superior quality screen guards under the brand “Ultra Clear” customised for Karbonn mobile devices. The strong and durable screen guards offer high touch sensitivity and are varnished with a special anti fingerprinting coating for smooth operation. Karbonn scratch guards are extremely sturdy and scratch-proof for minimal wear and tear. The screen guards would be available across retail stores and ecommerce portals.

Commenting on the launch of Mobile Accessories Vertical, Mr. Shashin Devsare, Executive Director of Karbonn says, “The increasing mobile adoption in India has given an impetus to the demand for mobile accessories market which is burgeoning rapidly. Currently, the accessories market is dominated by grey market products which impact the functioning and efficiency of the device. The move towards expanding our product portfolio to include mobile accessories is aimed at offering the consumer the choice of technologically superior mobile auxiliaries which are affordable. We are highly optimistic about the growth of Karbonn’s accessories vertical and expect it to touch 100 crores by the end of FY 2015-2016“