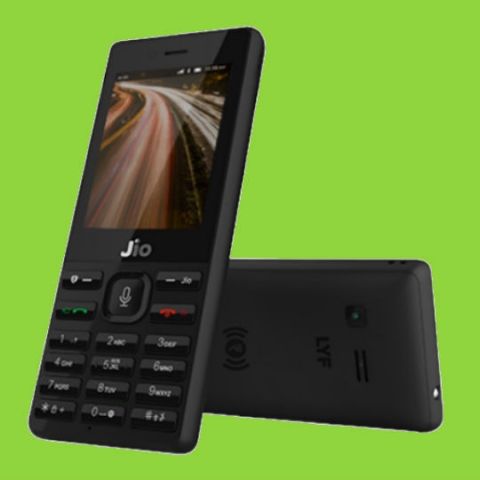 The JioPhone seems to be all the rage right now and according to Reliance Jio, 4 million customers pre-booked the feature phone. An India Today report claims retailers have said that the deliveries of JioPhone handsets might be delayed by another week. Phone deliveries can be expected to start after September 10. It was also mentioned on the Jio website that the JioPhone will be available on a first come first serve basis. So the ones who booked the phone early will receive the handsets first.

Jio had announced that the pre-booking process will be resumed soon, however, no particulars about the dates are known yet. The first round of JioPhone pre-bookings started on August 24, but were soon suspended as the Jio website and MyJio app stopped accepting bookings due to server issues caused by heavy demand for the feature phone.

The report is based on the information from retailers and also says that the JioPhone pre-booking can be expected to resume in another 3 to 4 days. Retailers based out of Delhi-NCR region claim that the primary reason behind the delays of JioPhone deliveries is the heavy demand for it.

"Earlier JioPhone was supposed to reach our store around the first week of September. But then, now there will be some delay and JioPhone can arrive a little late," a Reliance Digital store retailer told the publication. To recall, the JioPhone was announced last month at the Reliance AGM and the company hopes to reach the untapped 500 million feature phone users who are yet to experience 4G.

The JioPhone is effectively free, but buyers will have to churn out Rs 1500 for a fully refundable security deposit which can be redeemed after 3 years of returning the device. Buyers do need to pay an initial amount of Rs 500 while pre-booking the phone.

The JioPhone boasts of a voice control feature which enable users to surf the web, place calls, use Jio apps and do much more. The phone is, 4G VoLTE enabled and sports a 2.4-inch QVGA display, and an alphanumeric keypad with 4-way navigation toggle keys. The phone is preloaded with the company’s apps including Jio TV, Jio Music, Jio Cinema and also supports a microSD card. It also contains a torch and FM Radio.

The JioPhone offers unlimited data (capped at 500MB per day), free calls and unlimited free access to Jio apps at Rs 153 per month. Users also have an option of streaming media directly from their JioPhone to any TV using a JioPhone media cable at a slightly higher recharge option of Rs 309 per month.