Is this the new Yu Yureka Note?

The Yu Yureka Note is apparently available offline, at Rs. 14,999. It sports an octa-core SoC and 3GB of RAM. 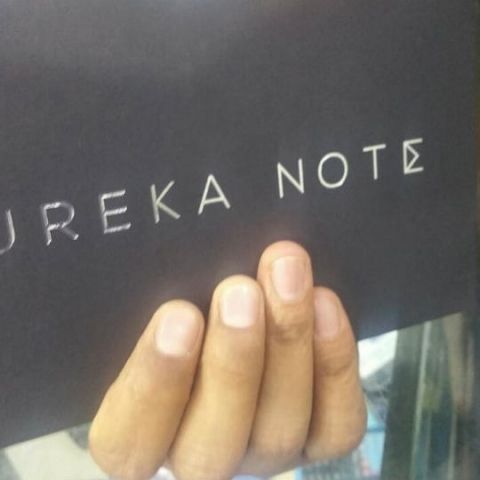 Leaked images of an upcoming smartphone from Micromax's YU brand have surfaced online. The phone is reportedly called the YU Yureka Note. While YU hasn't made any official announcements, reports say that the phone is already selling offline. The Micromax subsidiary has been quite secretive about its next smartphone. Images of the YU Yureka Note, which surfaced online suggest that the phone has an octa-core 64 bit SoC, clocked at 1.5 Ghz. Currently, there is no official confirmation on its availability, but it seems unlikely that the phone will sell offline only, since all phones from YU have sold online first. The leak also sheds some light on a few other specifications of the smartphoneand the device is reportedly priced at Rs. 14,999.

Further, this may be the same smartphone leaked last year. In November 2015, a YU phone with the model number Yu6000 was spotted on the GFXbench website, and the leak shows the same model number on the box. According to the new leak on Twitter, the YU Yureka Note will be a phablet. The phone will apparently have a 6-inch display, sporting a resolution 1920 x 1080p, along with Corning Gorilla Glass 3 protection. Inside, the phone is to be powered by a 1.5Ghz octa-core SoC, which may be the MediaTek MT6753. The MediaTek MT6753 has been widely used in many other sub-15K smartphones, such as the Lenovo Vibe K4 Note, Coolpad Note 3 and the Meizu M2 Note. Lastly, the device may also sport 3GB of RAM and 16GB of internal storage, which can be expanded using a micro-SD card. 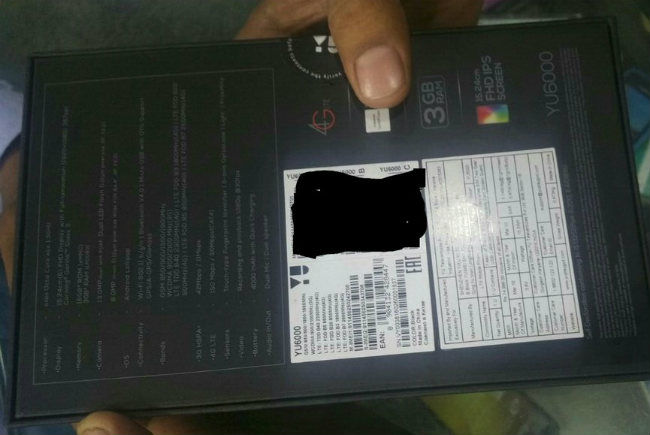 In the camera department, the phablet reportedly has a 13MP rear camera, sporting a PDAF (Phase detection autofocus) mechanism, and will be further assisted by a dual LED flash. The images also show YU's adopted 'Saturn-ring' camera design for the Yu Yureka Note smartphone. There is a fingerprint sensor below the camera and two speaker grills at the bottom of the back. The specs, written on the back of the box, say there's an 8MP front facing camera as well, with a wide angle lens, allowing larger frame for selfies. The device will apparently be powered by a 4000mAh battery, which may support fast charging as well. According to the leak, the phone is running on Android 5.1 and from what we know, it may be running on a stock variant of Android, just like the Yu Yunique.The device will also offers 4G LTE connectivity and dual SIM support. 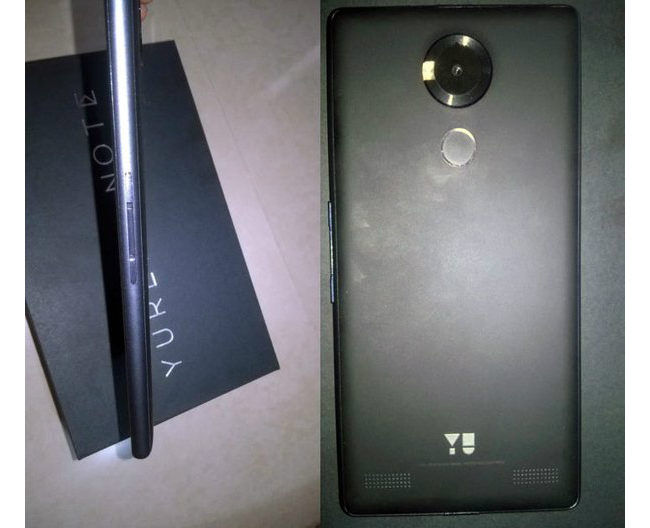 The design of the phone seems to be similar to the YU Yunique, which was launched some time ago. The phone seems like a larger version of that device, with a matte black back cover and rounded on the sides. The 'Saturn-ring' camera, as mentioned above, takes up part of the back, while a round fingerprint sensor is also present. Whether the phone has an USB-Type C port though, is not quite discernible from the images.