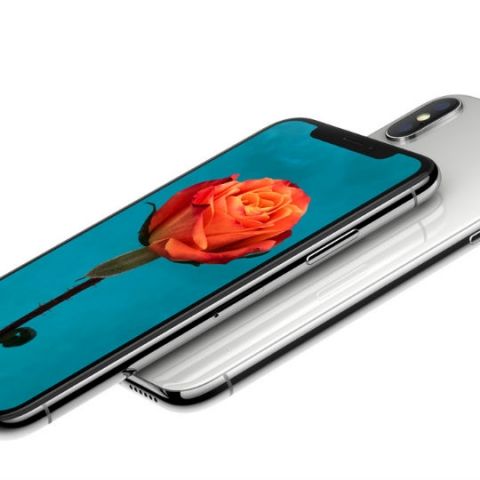 Apple’s iPhone X went up for pre-order on Friday, October 27. An Apple spokeswoman told Reuters, "We can see from the initial response, customer demand is off the charts,". The spokeswoman goes on to say, “We're working hard to get this revolutionary new product into the hands of every customer who wants one, as quickly as possible.”

The iPhone X will be available on November 3. It is expected to be available in limited quantities. However, renowned Apple analyst Ming-Chi Kuo has now confirmed that the supply of iPhone X's Face ID and TrueDepth camera components is now stable. They were earlier thought to be holding up the phone's manufacturing. Apple is also improving delivery timelines for those who pre-ordered the iPhone X in the US. This is a positive indication as far as iPhone X supplies are concerned and the phone may just make up for time lost due to manufacturing delays.

For those interested, the iPhone X start at Rs 89,000 for the 64GB variant and goes up to Rs 1,02,000 for the 256GB variant. Reports circulating the internet say that Apple will now offer international warranty on the iPhone. Which means that if you pick up an unlocked iPhone from the US, then the warranty will be honoured in India too. This international warranty is applicable only on unlocked iPhones.

Digit did speak to some Apple reseller outlets about the supply of the iPhone X. The outlets confirmed that the device will be available in limited quantities and it may be tough for walk-ins to get their hands on the tenth anniversary iPhone.

Apple's iPhone X is powered by a new chip called the A11 Bionic, which is also powering the iPhone 8 and 8 Plus. This is Apple’s first hexa-core chip, which Apple claims makes it 70% faster than the outgoing Apple A10 chip. This is also Apple’s first chip to have its own neural engine, which is required for AR, Face ID and more. Phil Schiller said, “iPhone X is the future of the smartphone. It is packed with incredible new technologies, like the innovative TrueDepth camera system, beautiful Super Retina display and super-fast A11 Bionic Chip with neural engine,”. The Face ID technology and the front facing camera also allows Apple to offer new animated emojis, which can imitate human faces and the company calls them Animojis. We put the iPhone 8 Plus to the test and you can check out the performance of the A11 Bionic in our iPhone 8 Plus review.

The new iPhone X has a 5.8-inch OLED display. It has a pixel density of 458ppi and Apple is calling it a Super Retina Display. The display supports HDR10 as well as Dolby Vision. To this Apple has added its True Tone display, which was introduced last year on the 9.7-inch iPad Pro model.

The phone has a glass back and supports wireless charging via the standard Qi charging system. The iPhone X is also dust and water resistant and will be shipping with iOS 11.