The new images suggest larger chamfered edges, and a fingerprint sensor at the front. 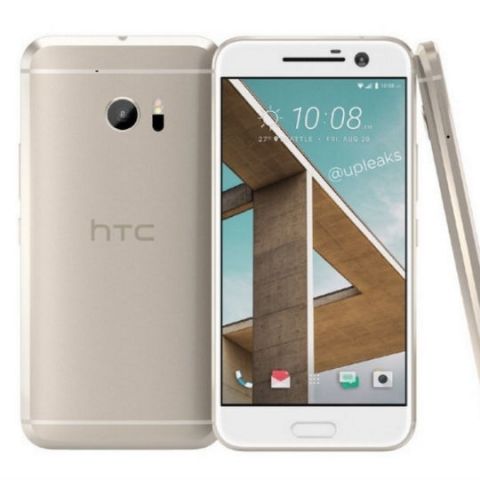 HTC has been catching the news lately with its One M10 leaks. Earlier today, the phone was photographed once again ahead of it launch. The two new images reaffirm the design and metal build of the smartphone. The twitter handle @Tanalibera, which leaked the images, did not share any further information regarding the phone. The leaked images suggest that HTC might be bringing the One M10 with a larger chamfered edge, and home button with fingerprint sensor on the front.

According to previous reports, the HTC One M10 is likely to be powered by the Qualcomm Snapdragon 820 SoC. It is expected to house a 5.15-inch QHD display, but whether HTC will switch to a battery-friendly AMOLED panel is yet unknown. It is also suggested that the phone could sport 4GB of RAM. The camera has been a sore point for previous HTC flagships, and rumours suggest that HTC might bring a 12MP UltraPixel camera to the lineup with the M10. HTC’s Chief Financial Officer had earlier said that the company’s future products may come with a “compelling” camera experience. At the front, the phone might feature a 5MP camera.

It was earlier rumoured that the phone maker would announce the phone at MWC, but that didn't happen. Now, rumours suggest that HTC might announce the phone on April 19. Competing devices from Samsung, LG and Sony have already been announced, and out of the three, Samsung has already launched its new flagship smartphones in India. The Samsung Galaxy S7 and S7 Edge, which are powered by an Exynos 8890 SoC, are available at Rs. 48,900 and Rs. 56,900 respectively.