Few days ago, Huawei CEO Yu Chengdong shared some images on Weibo while promoting the camera of the P30 smartphones. However, some media outlets reported the development in a way which implied that those photos have been taken by the P30/P30 Pro smartphone. Although Huawei, among other brands, has been caught in the past trying to pass off DSLR photos as those shot from a smartphone, the Chinese company seems untouched by the controversy this time around.

Firstly, the images posted by the CEO just had a hashtag followed by the name of the phone. This is certainly done to promote the camera of the device and a quick Google translation of the caption on the images did not mention anything which implies that these photos were taken by the P30. Of course, the way Huawei promoted the images would have anybody confused that the images were shot from P30 phone’s camera. 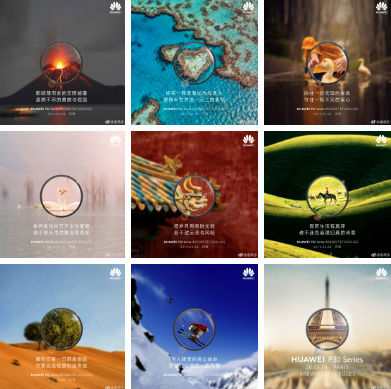 Since Huawei hasn't stated in any of their promotional material that the images were shot on the upcoming P30 series smartphones, it is possible that they used said images as a way to imply that buyers of the P30 smartphones could expect similar results. This would not be the first time a smartphone maker tried to insinuate that their smartphone produced DSLR-like quality, a claim that Huawei has been working hard to live up to.

You can see the Weibo post here. To view the original photos you can click here and here.

As of now, there are no concrete reports that could attest to the rumoured specs of the sensors used in the P30 Series of phones. There is also no evidence to confirm the specifications of the lens, save for the fact that the company is working on bringing more zoom capabilities to the smartphone. A report had claimed that the Huawei P30 will feature a 40MP + 8MP + 20 MP triple camera configuration. The main camera is touted to support 960fps super slow-mo video recording, along with OIS and PDAF support.

On the front, the phone could sport a 12MP front camera with f/1.8 aperture lens and support OIS and EIS. The Pro variant is expected to have the same configuration on the front and on the back, it could have a fourth sensor, which is reported to be a ToF (Time of Flight) sensor for 3D face scanning. Also, the zoom capabilities of the phone aren’t revealed yet. Recently, Huawei’s Marketing Vice President, Clement Wong claimed that the P30 Pro’s camera will offer “something nobody (has done) before”.