The images are essentially product information for a transparent case for the Huawei P30 Pro that can be purchased from Spigen right now, weeks before the phone’s supposed launch in March. 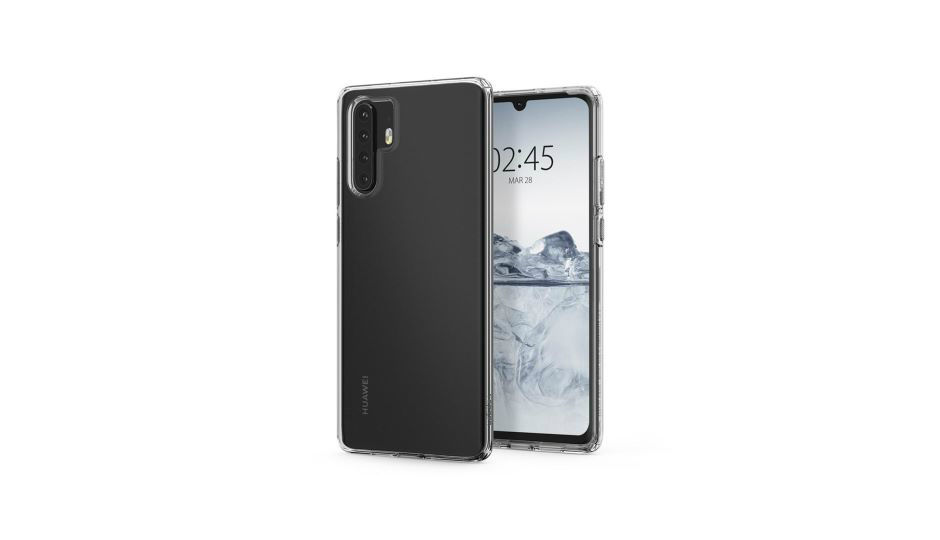 Quad-camera phones are poised to be more common in 2019. Last year, Samsung created quite a stir with the Galaxy A9 (2018) that came with four cameras on the back. However, that’s not going to be the only quad-camera phone in the market. Huawei’s upcoming P30 Pro is also expected to come with a four-camera setup on the back, according to case renders published by Spigen.

The images are essentially product information for a transparent case for the Huawei P30 Pro that can be purchased from Spigen right now, weeks before the phone’s supposed launch in March.

The fact that the top-most variant of the P30 lineup with come with four cameras on the back is bolstered by renders of the Huawei P30 that was shared by OnLeaks in partnership with 91Mobiles. The renders revealed the P30 to come with a triple camera setup on the back. Considering that the P20 Pro that launched last year had one lens more than the P20, the same pattern could very well be repeated this year.

Apart from a quad-camera setup on the back, Spigen’s case renders are identical to the ones shared by OnLeaks, further bolstering the possibility that this is the real thing.

The Huawei P30 is slated to come with the Kirin 980 SoC under the hood coupled with a nearly bezel-less display with a waterdrop notch on top. The phone was earlier rumoured to launch at MWC 2019 in Barcelona later this month. But fresh rumours now suggest Huawei is planning to launch the phone in Paris at an event in March.