Huawei P30 Pro launch event will start at 12pm and the phone will be available at Amazon India. 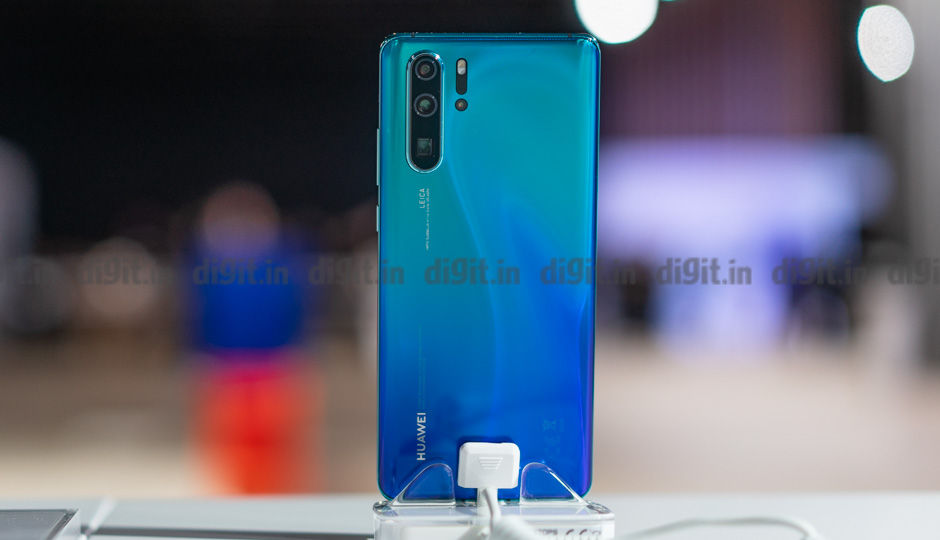 Huawei will launch the P30 Pro smartphone at an event that starts at 12 pm in New Delhi today. The phone will be available on Amazon India and the e-commerce website has already has a notifications page live for the same. Those who want to purchase the Huawei P30 Pro can click on the ‘Notify Me’ button on the dedicated Amazon page to get regular updates about the phone’s availability on the platform. The Huawei P30 Pro is the part of the P30-series phones that were launched in Paris last month.

Huawei will reveal the India price for the P30 Pro today and we are expecting the company to regularly update its social media handles. You can also follow Digit's Instagram handle to get all the updates from the Huawei P30 Pro India launch. We were also present during the launch event in Paris and you can watch the unboxing, camera samples and first look at the phone in the video embedded at the end of this article. 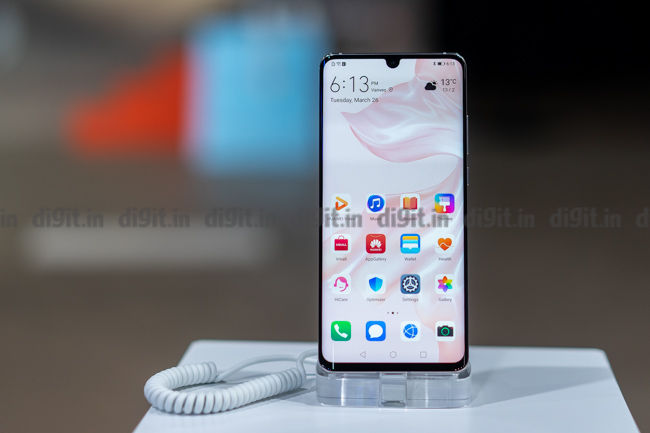 Huawei is also expected to launch the P30 Lite in India today. The device was launched in Canada back in March.

The Huawei P30 Lite, as the name suggests, is a cheaper variant in the P30 series. The phone features a smaller 6.15-inch full HD+ LCD display, a triple camera setup and the Kirin 710 SoC instead of the Kirin 980 on the P30 Pro. In Canada, the Huawei P30 Lite is priced at CAD429.95 (Rs 22,000 approx). It gets 6GB of RAM and 128GB of onboard storage. In the camera department, the P30 Lite features a 24MP primary sensor, an 8MP wide-angle lens and a 2MP sensor to capture depth information. A 32MP selfie camera is housed inside a U-shaped notch on the front. The entire package is powered by a 3,340 mAh battery with support for 18W QuickCharge .

The USP of the Huawei P30 Pro is its Leica Quad-camera setup which consists of a 40MP main camera with lens having f1.6 aperture, a 20MP ultra-wide angle camera with lens having f2.2 aperture, an 8MP telephoto camera with 5X Telephoto lens (f3.4 aperture) and a Time-of-Flight (ToF) sensor. On the front is a 32MP front camera with AI HDR+. The phone has a 1/1.7-inch Huawei SuperSpectrum Sensor with a RYYB Bayer filter which is claimed to capture 40 percent more light and deliver well lit photos in low light conditions.

Thanks to the periscope design, the Huawei SuperZoom Lens supports 3X optical zoom, 5X hybrid zoom and 50X times digital zoom on the P30-Series phones. A prism element in the telephoto camera bends light at a right angle and sends it to a cluster of lenses to achieve variant focal length. The P30 Pro camera has scored 112 points, highest ever on DXOMark smartphone camera rating. Huawei says that the camera can capture videos in 4K quality at 60fps.

The Huawei P30 Pro sports a 6.47-inch Full HD+ Curved OLED display (DCI-P3 HDR) with a 2340x1080 pixels resolution, and an aspect ratio of 19.5:9. The phone features Acoustic Display Technology, which is basically an in-screen maglev speaker for earpiece audio. The phone runs EMUI 9.1 baked on top of Android 9 Pie. Under the hood, the P30 Pro have 7nm Kirin 980 processors with a Dual-NPU and users can choose from three variants: 8GB RAM and 128GB storage, 8GB RAM and 256GB storage and 8GB RAM and 512GB storage.

The phone comes with a graphene film cooling system to manage the device temperature. The Huawei P30 Pro comes with an in-display optical fingerprint sensor and the company claims that this sensor is 30 percent faster than the previous generation. The handset draws power from a 4,200mAh pack, ships with reverse wireless charging feature, and supports 40W fast charging and 15W wireless charging. The Huawei P30 Pro has an IP68 rating.