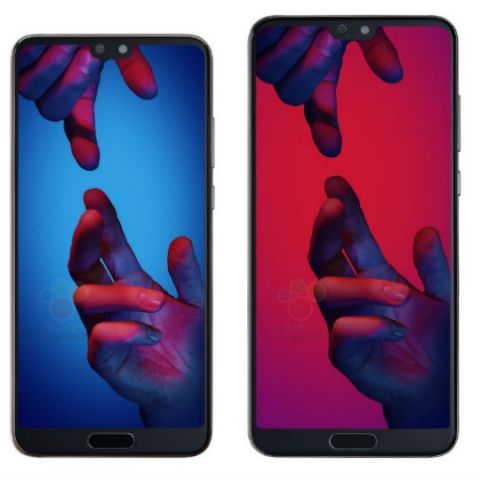 Huawei is all set for launching its P20 series of smartphones on March 27 in an event in Paris. However, ahead of the launch, the tipster Roland Quandt has tweeted the European pricing of the Huawei P20 and the P20 Pro. Quandt says that the P20 will cost EUR 679 (Rs 54,400 approx), whereas the Huawei P20 Pro could be priced at EUR 899 (Rs 72,200 approx). He also says that only the 4GB and 6GB RAM variants of the P20 and the P20 Pro will be launched in Europe, respectively, and both will come with a single 128GB internal storage option. As per the report, additional variants of the smartphone will be launched in other regions.

Quandt also posted an alleged image of the two smartphones, comparing their screen sizes. As per the report, the Huawei P20 might feature a 5.8-inch display whereas the P20 Pro could sports a 6.1-inch screen. The iPhone X-like notch is prominent in the image and both the smartphones are seen with a front facing fingerprint scanner.

The Huawei P20 Lite is already up for sale via the company’s Polish website priced at PLN 1,599 (Rs 30,000 approx). The specs of the smartphone were also revealed and as per the website, it is powered by the HiSilicon Kirin 659 SoC with 4GB RAM and sports a 5.84-inch full HD+ display with a taller 19:9 display aspect ratio. Similar to the P20 and the P20 Plus, it also features the notch on top of its display, which it houses the camera, earpiece, and sensors. It comes with 64GB Rom and is backed by a 3000mAh battery that supports fast charging. On the rear, it is equipped with a vertically stacked 16MP + 2MP dual-rear camera setup.

The Huawei P20 Pro is expected to be an interesting device with a triple rear camera setup with f/1.6 and f/2.4 aperture lenses in two of the sensors. The standard P20 is speculated to stick with a dual-camera setup. Additionally, the P20 could be backed by a 3400mAh battery, whereas the P20 Pro might be powered by a 4000mAh battery.