If you don’t like the notch trend Apple brought along with the iPhone X, tough luck, because it seems like more smartphone manufacturers are starting to embrace it. The latest to jump on the 'notch' bandwagon is Huawei, with its P20 series of smartphones, if tipster Evan Blass is to be believed. Blass has posted new images of all the three smartphones (P20 Lite, P20 and P20 Pro), which are expected to debut on March 27 at the company’s event and they all have an iPhone X-like notch in common.

The photos of the three smartphones also reveal the differences between them. The Huawei P20 Lite and the P20 can be seen with a dual camera setup at the rear. This is in contrast with previous reports which stated that the P20 will also feature a triple rear camera setup. Also, the P20 gets a home button at the front whereas the P20 Lite comes with a rear-mounted fingerprint sensor. The P20 Pro is seen featuring a vertically stacked triple rear camera setup, where two of the sensors are stacked together and another one is immediately below. All the three smartphones come with an LED flash on the back and the volume rocker and power key are placed on their right edge. 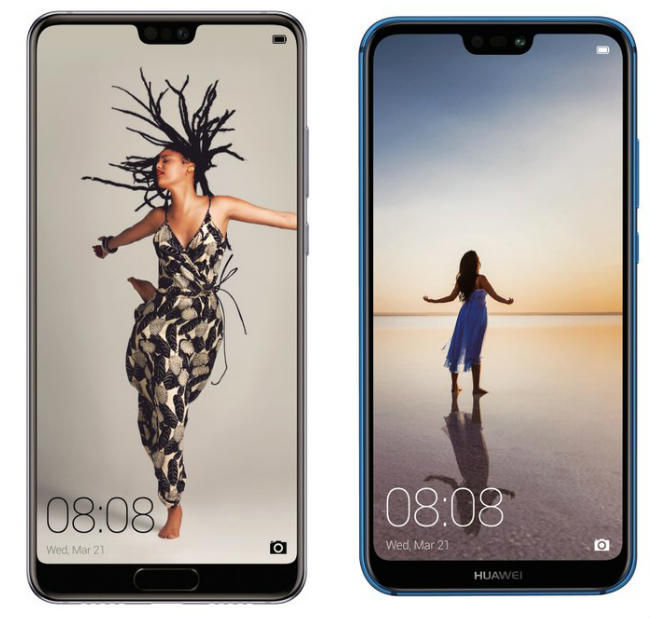