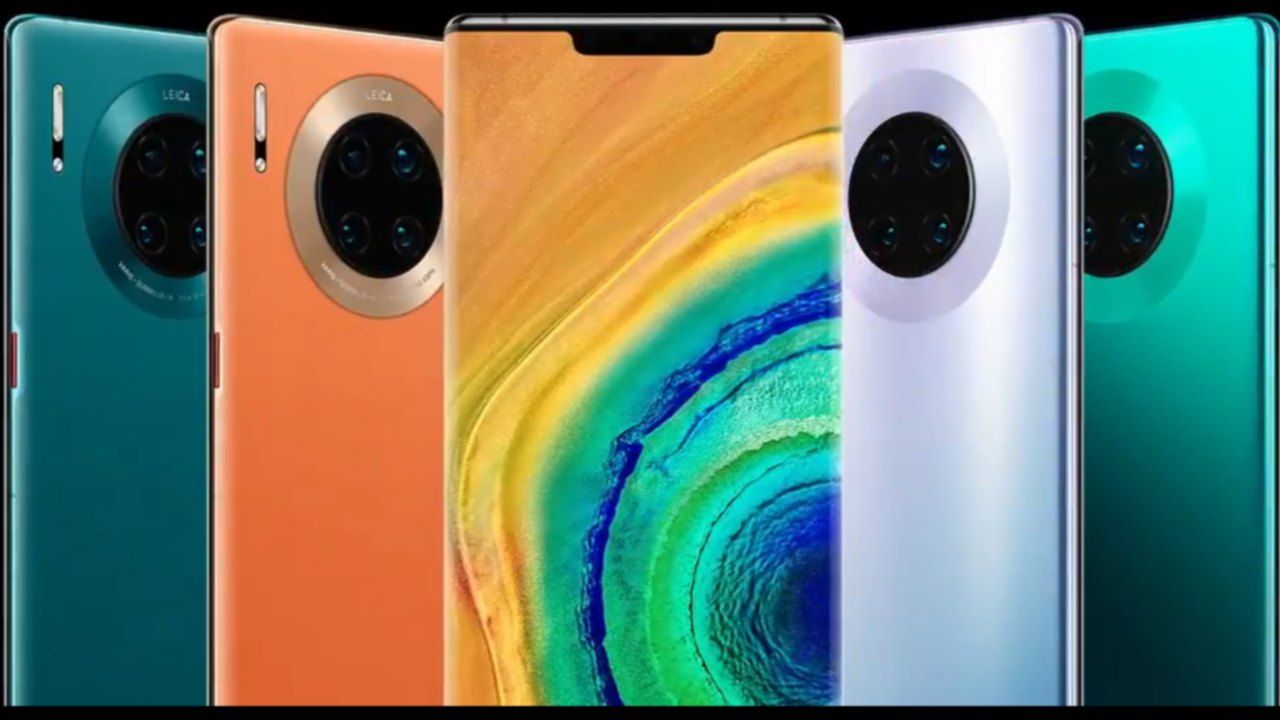 Huawei launched the Mate 30 and Mate 30 Pro at an event in Munich, Germany. The Huawei Mate 30 series is powered by the Kirin 990 and feature 40W fast charging technology. Both phones have a Leica-branded rear camera setup, which is contained within a circular camera cutout that Huawei is calling a “Halo ring design.”

The Huawei Mate 30 Pro features a 6.53-inch OLED display with a notch on top, which curves at an angle of 88 degrees with 1176 x 2400 pixels resolution with HDR10 certification. The Mate 30, on the other hand, sports a flat 6.62-inch OLED HDR10 display with 1080 x 2340 pixels resolution. The smartphones are powered by the Kirin 990 chipset based on a 7nm+ EUV manufacturing process. The Mate 30 packs a 4200mAh battery, whereas the Mate 30 Pro packs a 4500mAh battery, which supports 27W wireless Huawei SuperCharge and 40W Huawei SuperCharge. The curved edges of the Mate 30 Pro's display doubles up as virtual keys that can be mapped for volume adjustment, gaming and camera set-up. Good thing is, the feature makes the phone ideal for both right and left-handed users. While it's expected that Huawei will launch 4G variants of the two phones if they are launching in India, both phones have a 5G version as well with the Kirin 990 SoC which has a 5G modem integrated.

On the optics front, the Huawei Mate 30 Pro sports a quad-camera setup which includes two 40MP cameras, an 8MP telephoto camera and a 3D ToF Depth sensing camera. Huawei differentiates the two custom sensors as "Cine Camera" and "SuperSensing" camera. The former is for video capture with a RGGB colour filter and f/1.8 ultrawide lens while the latter is for taking high-resolution photos with the same RYYB colour filter that debuted on the Huawei P30 Pro and a f/1.6 wide lens developed by Leica. The 8MP telephoto camera can do 3x optical zoom and 30x digital zoom.

The Huawei Mate 30 is equipped with a triple camera setup, comprising a 40MP SuperSensing Camera with a f/1.8 lens, 16MP ultra wide-angle camera with f/2.2 lens and an 8MP telephoto camera with f/2.4 lens. There's a new ISP in the SoC that Huawei claims can reduce image noise by 30 percent and video noise by 20 percent. In both the phones, the ultra-wide camera also doubles up as a macro lens with 2.5cm minimum focusing distance.

The 40MP SuperSensing camera has a sensor size of 1/1.7-inch, the same as that on the Huawei P30 Pro. Huawei claims the 40MP sensor can hit ISO409600 which should ideally make low-light photos noise-free. The CineCamera 40MP sensor has a 1/1.54-inch size (highest in the industry so far) with a maximum video ISO of 51200. Huawei claims it can capture videos with an extended dynamic range at 60 FPS in 4K resolution, along with ultra slow-motion at 7680 FPS. Additionally, the Mate 30 Pro can shoot 4K time-lapse videos in low-light using the ultra-wide camera. The depth sensor also enables portrait photos.

The smartphones will be made available in Emerald Green, Space Silver, Cosmic Purple, Black colour options.

How is Huawei working around the US ban?

While the hardware on the Huaweui Mate 30 series is certainly impressive, the looming question remains how the company plans work around the ban imposed by the US government on working companies based in the United States. Because of the ban, Google had announced that smartphones by Huawei in the future will not come with Google Play Services which includes the Google Playstore. At the launch event, Huawei said that the Mate 30 series will run instead on Huawei Mobile Services, which is already operational in China. Huawei Mobile Serivces is open-source and will act as a substitute for the functions of Google Play Services. This will include an app store as well, called AppGallery. Huawei also announced it created a $1 billion investment fund to support and grow the service. The company claims the Huawei app store already has 390 million monthly active users and as of last year, the service saw around 180 billion downloads.

Instead of signing in with a Google ID, users will have to create a Huawei ID which will become the primary account to access the ecosystem. The service also includes Huawei Mobile Cloud which will replace Google Photos and Google Drive. This will let users upload photos and back up data. There's also a streaming service called Huawei Video with films, TV shows, documentaries and more. The streaming service is presently operational only in Italy and Spain.