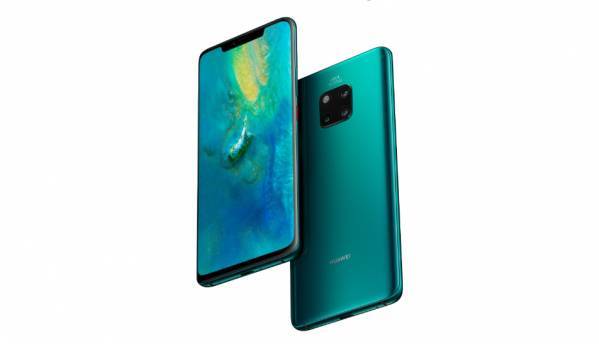 The Huawei Mate 20 Pro is powered by a Kirin 980 SoC that is built on the 7nm architecture and it also supports reverse wireless charging.

Huawei today launched its flagship smartphone, the Mate 20 Pro in India. The company’s latest flagship phone retains the triple camera setup from the P20 Pro but also adds some improvements to it. The Mate 20 Pro managed to bag a couple of world first features like the first phone with a 7nm chip and the first device to support reverse wireless charging. The device features Dual-NPU, Leica Triple Camera with Leica Ultra Wide Angle Lens and supports Huawei SuperCharge technology that uses high-speed 40W charging.

The Huawei Mate 20 Pro sports a 6.39-inch 2K+ Curved OLED HDR display with a 19.5:9 display aspect ratio. There is also a rectangular notch on top of the device’s display that houses the front camera and the sensors. These sensors include a dot projector, a flood illuminator, an IR camera a proximity and an ambient light sensor. All of them work in tandem to enable 3D Face Unlock, same as the iPhone X, and also enable 3D object scanning using which one can scan an object to bring it to live in the virtual world. The phone will also use 3D Modeling Calorie Calculation to count calories of the food using food recognition and volume measurement.

Further, Mate 20 Pro (first-impressions) is powered by the Kirin 980 SoC. The SoC is made using a 7nm architecture and employs the Cortex-A76 based CPU that feature Dual-NPU with Mali-G76 GPU. The SoC is fitted with 6.9 billion transistors and also enables support for LPDDR4X memory clocked at 2133MHz. The device runs on on EMUI 9, which is based on Android 9.0 Pie and the new OS comes with new features like a simplified Settings screen, new navigation gestures and more. The Mate 20 Pro is backed by a 4200 mAh battery and also comes with 40W SuperCharge technology support, which is said to charge 70 percent battery of the phone in 30 minutes. Additionally, it supports 15W fast wireless charging as well.

In terms of optics, the Huawei Mate 20 Pro features a triple camera setup with 40MP + 20MP + 8MP sensor configuration. The sensors are placed in a square configuration. The 40MP sensor is paired with a 27mm wide lens with f/1.8 aperture, while the 12MP sensor gets a 16mm ultra-wide lens with f/2.2 aperture. The 8MP sensor is paired with a 3X 80mm telephoto lens with f/2.4 aperture. The device’s camera supports Artificial Image Stabilisation (AIS), along with varying focal range from 16mm with ultra wide angle, 80 mm with 3x optical zoom, 135mm with 5x Hybrid zoom to 270 mm with 10x digital zoom. On the front, the smartphone comes equipped with a 24MP RGB sensor inside the notch.

The Huawei Mate 20 Pro is an Amazon exclusive device that will be available in India from December 3 for Amazon Prime members. It comes in Emerald Green and Twilight Colour models and is priced at Rs 69,990. It features 6GB RAM, coupled with 128GB of internal storage. Do note that Amazon Prime members will get to buy the phone from December 3, while regular folks can purchase it from the next day. The Mate 20 pro will be available across Croma stores in key metro cities starting December 10, 2018.

Additionally, the company is offering a Sennheiser PXC 550 headphone bundle with the phone for Rs 71,990. Vodafone Idea postpaid customers will get to avail 20 percent discounts for Red/Nirvana postpaid packs priced at Rs 499 and above. The telcos subscribers will also get to avail 1.1 GB data per day for 12
recharges /months on recharges worth Rs 199. After launching the phone, Huawei announced that the Porsche Design Mate 20 RS, the Huawei Watch GT, the MateBook X Pro laptop and the Huawei AI Cube smart speaker will also be soon made available in India. Click here to buy.