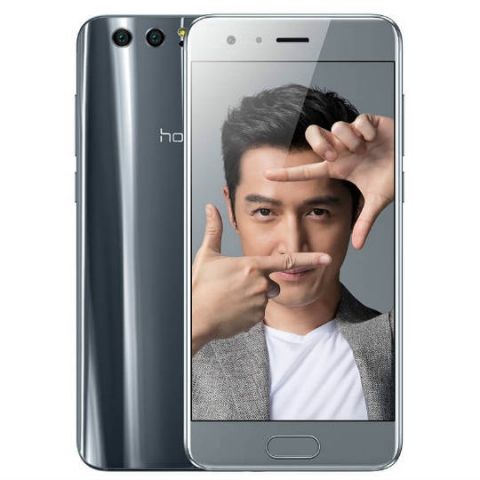 Honor, Huawei's e-brand has announced the launch of its flagship Honor 9 smartphone in Europe. The handset was announced in China a few weeks ago and is now heading to Europe as well. The Honor 9 starts at £380 in the UK for its entry-level variant.

Pre-orders for the Honor 9 will begin soon and the phone will be available from the company's Vmall store. Sales are expected to begin sometime next month. Apart from the UK, the smartphone will also be available in Germany, France, Italy, Spain, Portugal, the Netherlands, Belgium and Switzerland.

The Honor 9 is designed similar to its predecessor with an all-glass casing and reflective 3D effect on the back. The handset offers a slightly smaller 5.15-inch full HD display and the company has moved the fingerprint sensor to the front like the one found on the Huawei P10. The smartphone is powered by Huawei's flagship Kirin 960 processor and comes in two storage options: 4GB RAM variant with 64GB storage and 6GB RAM option with 128GB storage.

The Honor 9 also boasts of an improved dual-rear camera setup with a 12MP primary RGB sensor and another 20MP monochrome sensor. The dual-rear camera system offers hybrid zoom, portrait mode and an improved low-light experience. There is also an 8MP front camera, similar to the Honor 8 from last year.

The Honor 9 also comes with a slightly larger 3200mAh battery and uses a USB-C port for charging. The smartphone offers enhanced audio tuned by Monster along with Honor Monster Headphones. For connectivity options, the Honor 9 houses Wi-Fi 802.11ac, Bluetooth 4.2 and GPS. It runs on EMUI 5.1 based on Android 7.0 Nougat, and will be available in grey, blue and black colour options.

There is currently no information on the device's India availability. Honor recently launched the Honor 8 Pro in India, which mostly mimics the Honor 9's specifications. Both devices run on the Kirin 960 SoC and look quite similar, except that the Honor 8 Pro sports a 5.7-inch display and is larger than the Honor 9. It is unclear if the Honor 8 Pro is just a slightly different version of the Honor 9.