HTC has announced that the Android Oreo update for the U11 will start rolling out on November 27. Oreo is currently installed only on .3 percent of Android devices. 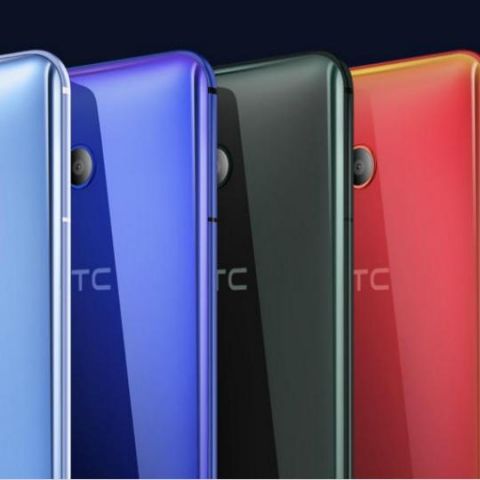 The HTC U11(₹ 36990 at amazon) is scheduled to start receiving the Android Oreo update on November 27. The update was confirmed by HTC’s VP of Product Management, Mo Versi, through his Twitter account.

Hope you all had a great Thanksgiving. The Oreo OS update will be available for download on the HTC U11 unlocked version starting on Monday! Enjoy!

With this, HTC joins the growing list of smartphone makers rolling out Google’s latest operating system to their devices. OnePlus recently started updating the OnePlus 3 and 3T to Android Oreo, while the OnePlus 5 and 5T are expected to get the update soon. HMD Global has also started rolling out Android Oreo for its flagship smartphone, Nokia 8. As per the latest numbers, Android Oreo is installed only on .3 percent of Android devices currently.

The HTC U11 was launched in India back in June at a price of Rs 51,990. It can now be purchased for as much as Rs 47,999 through online retailers such as Flipkart. The device features HTC’s Edge Sense technology which uses frame-embedded sensors to trigger actions. U11 users can customise the pressure sensitivity for launching different apps and services through Edge Sense.

The handset sports a 5.5-inch Quad HD display and is powered by Qualcomm’s Snapdragon 835 platform. It is available in India with 6GB RAM and 128GB storage.

By launching the U11, HTC had aimed at competing with the likes of Samsung's Galaxy S8 series, Sony’s Xperia XZ Premium and Apple’s iPhone 7. Since then, the S8 and iPhone 7 seem to have beaten HTC to the punch in terms of the popularity of their devices. However, It’s worth noting that Samsung has not yet started updating the Galaxy S8 and S8 Plus to Oreo. Samsung is still testing the Android 8.0 Oreo beta for the S8 and S8 Plus in the UK.

As far as the Oreo update for the HTC U11 is concerned, Versi’s tweet suggests that only those who own an unlocked version of the device will receive the OS upgrade for now. This should ideally cover all HTC U11 users in India. But, if you don’t spot the update in time, it’s advised that you wait a day or so since these roll-outs are mostly done in a phased manner.