HTC U11 Plus, U11 Life hands-on video leaks ahead of launch 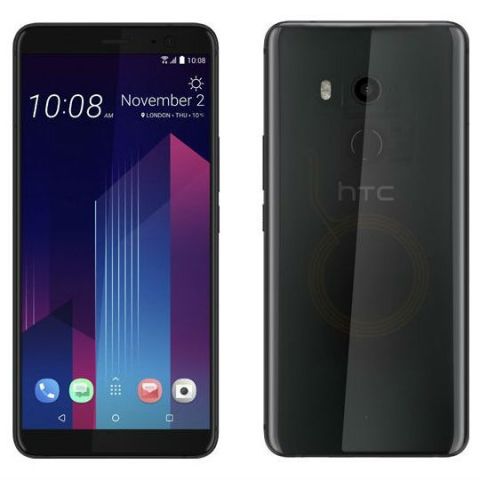 HTC is set to launch the U11 Plus and the U11 Life smartphones tomorrow. While the design is expected to be the talking point of the two phones, the company has teased the squeeze feature on the upcoming device. The squeeze feature first debuted with the launch of U11 in May and has also made its way to Google's 2017 Pixel series.

HTC's tweet reads that "A new squeeze is coming" suggesting it will launch only one new smartphone tomorrow. Previously leaks indicated that HTC will announce flagship U11 Plus and a cheaper variant called U11 Life. The tweet accompanied by a six-second video confirms the presence of squeezable frame for Edge Sense, a bezel-less display and a rear-mounted fingerprint sensor.

Both the smartphones - HTC U11 Life and U11 Plus - have also appeared in the form of hands-on video ahead of official announcement. The video shows that U11 Plus features a squeezable frame and nearly bezel-less design, in line with other smartphones like LG V30 and Galaxy S8. The U11 Life, on the other hand, is said to be announced as part of Google's Android One program. The video shows the device running near-stock Android similar to the one found on Google's Pixel phones.

In terms of leaked specifications, the HTC U11 Life is said to sport a 5.2-inch Full HD display, 3GB RAM, 32GB storage and use Snapdragon 630 chipset. The smartphone will join Xiaomi Mi A1 and Moto X4 as the third Android One-based smartphone. It is also expected to sport 16MP front and rear camera setup.

HTC U11 Plus is tipped to feature a 6-inch LCD display with a resolution of 2880 x 1440 pixels and an 18:9 aspect ratio. The smartphone is expected to launch with 4GB or 6GB RAM and up to 128GB internal storage. It will be powered by Qualcomm's Snapdragon 835 chipset and run Android 8.0 Oreo out-of-the-box. HTC is also expected to improve the camera setup and might match even Google's Pixel 2 in DxOMark rating.

HTC recently sold a part of its engineering division to Google for $1.1 billion. The launch of HTC U11 Plus is widely seen as a comeback from the Taiwanese company and tipster Evan Blass claims it will arrive in black, silver and translucent colours.