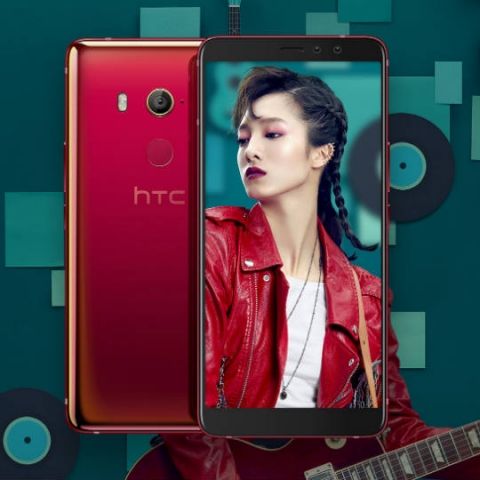 HTC is all set to announce its mid-ranged HTC U11 EYEs smartphone today. However, the official images and full specifications of the smartphone have leaked online, and that too, on the company’s China website. The smartphone is seen sporting a bezel-less display and a dual camera setup, which is an upgrade from the original HTC U11.

In terms of specification, the HTC U11 EYEs will sport a 6.0-inch Full HD+ screen with Super LCD3 display with a taller 18:9 aspect ratio. The latest leaks also reaffirm the rumours of the smartphone being powered by the Qualcomm Snapdragon 652 platform with 4GB of RAM. It is expected to sport 64GB of internal storage, and up to 2TB expansion via a microSD card.

The HTC U11 EYEs could come with a 5MP + 5MP dual front camera setup and sport a 12MP single rear camera UltraPixel 3 unit with OIS and "UltraSpeed" autofocus. Similar to its predecessor, the smartphone is expected to feature Edge Sense, which allows a user to launch the Google Assistant when the device is squeezed.

The U11 EYEs could be powered by a 3,930mAh battery and run on Android Nougat. Its rumoured to come with IP67 certification and a rear placed fingerprint sensor. It is expected to sport a USB Type-C port for charging. The website reveals that the device will be priced at Yuan 3,299 (Rs 32,462 approx) and launch in three colour variants.

A previous report tipped that HTC will be releasing only two new smartphones this year. The first one was speculated to be an inexpensive variant of the HTC U11 Plus, which seems to be the HTC U11 EYEs. The company could also launch a flagship smartphone, the HTC U12, this year.  It will reportedly be powered by the Snapdragon 845 SoC and feature a 4K display. The device could also sport a dual rear camera setup.