HTC teases upcoming device for its November 2 event, may launch U11 Plus, U11 Life 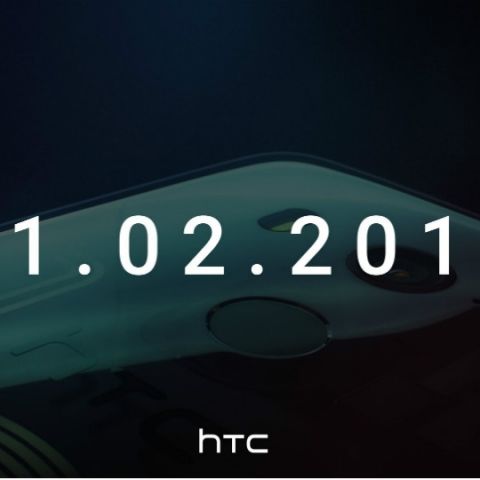 HTC is holding an event on November 2 and the company took to twitter to tease an image of the smartphone it will probably launch during the event. The Twitter post shows the rear panel of an HTC smartphone, equipped with a fingerprint sensor.

Previous reports suggested that HTC is expected to launch the flagship U11 Plus smartphone and the mid-range U11 Life at the event. Not much has been revealed about the devices officially yet but a recent TENNA listing revealed the specs of the U11 Life smartphone.

The HTC U11 Plus is expected to sport a bezel-less design and come with a 6-inch WQHD+ IPS LCD display. It could come in two variants: 4GB RAM with 64GB of internal storage and 6GB RAM with 128GB internal storage. In terms of optics, the U11 Plus may feature a single 12MP rear camera with f/1.7 aperture and a dual-LED flash. It’s expected to come with an 8MP front camera for selfies. The handset could be 9.2mm thick and be powered by a 3930mAh battery. Other expected features are the EdgeSense, BoomSound support and IP68 water resistance.

HTC’s upcoming mid-range smartphone, the HTC U11 Life was recently spotted on GeekBench. It revealed that the smartphone could be powered by a Qualcomm Snapdragon 630 chipset and come with 3GB RAM. The device is expected to feature a 5.2-inch display and sport a 16MP dual rear camera setup and a 16MP front-facing camera. Some rumours indicate that the U11 Life will come with Android 7.1.1 Nougat whereas some other reports indicate that it could be the company’s first smartphone with Android Oreo. It is expected to pack a 2600mAh battery and support Edge Sense, USonic and come with IP67 water and dust resistance.

HTC had recently sold its smartphone division to Google for $1.1 billion. Under the agreement, a number of HTC employees which are already working on the Google Pixel smartphones joined Google. Google will also receive a non-exclusive license for HTC's Intellectual Property rights. You can read more about it here.