HTC teases new smartphone launch on May 23, could be the HTC U12+

The company has posted a new image hinting at the launch of a new smartphone. The company is expected to launch the rumoured HTC U12 or the U12+. 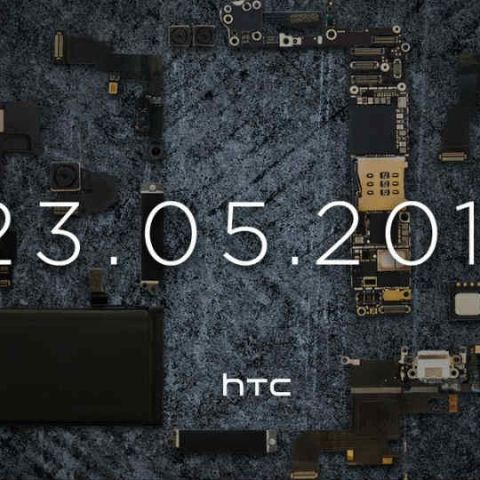 HTC will launch a new smartphone on May 23, going by the new teaser company has posted via its social media channels. It’s also a rather interesting tease as the company has not revealed the phone itself but has showcased all of its internal components in an 'iFixit-style' teardown. It could be the rumoured HTC U12 or the HTC U12+. But it should be noted that  as per a previous report, the company might launch only one flagship smartphone this year as it wants to invest more on research and marketing.

Rumours suggest that the HTC U12 could feature a nearly bezel-less design and be equipped with a quad-camera setup with dual-cameras on both front and rear of the device. The device is tipped to come with a 6-inch LCD panel with a WQHD+ resolution and is expected to be powered by the Qualcomm’s Snapdragon 845 SoC. It could offer 6GB RAM, along with options for either 64GB or 128GB of internal storage. Previous reports tip at dual 8MP cameras on the front, while the phone might be equipped with a 16MP + 12MP camera configuration on the rear.

Case renders of the alleged smartphone were also leaked recently, again tipping at the quad-camera setup. As per the images, the phone might feature a vertically stacked dual-rear camera setup at the back, and on the front could come with two cameras that are located next to the earpiece. There is also a cutout for the dual LED flash and the fingerprint sensor is loaced below the rear cameras.