HTC One: Hits and Misses

HTC showed off their newest flagship Android smartphone- the One on Tuesday eliciting plenty of interest from users and journalists alike. It's pretty clear that the HTC One has been designed ground-up to be a smartphone that's different from not only phones from Apple and Blackberry but also other Android smartphones. HTC has made a significant attempt to simplify the Android interface with a redesigned Sense interface and also tried to go against the flow of the camera megapixel wars.

However, there's a difference between intent and execution and although we haven't had a chance to use the device in person, on the basis of all the information filtering, there are some things about the HTC One that don't feel right:

There's no doubting the fact that the HTC One looks amazing, and is built really, really well but there still seem to be some obvious issues when it comes to ergonomics. First, as The Verge noticed, the One has sharper edges that makes it feel less comfortable to hold than its predecessor, the One X. Also, the One is almost as large as a phone with a 5-inch display but has a smaller 4.65-inch screen. The extra space means that the One doesn't have an edge-to-edge display and also two slightly wide bands on the top and bottom of the display, that we think, could have been narrower.

At 143 grams, the One is not only heavier than its predecessor but also the iPhone 5 and the Samsung Galaxy S III. Of course, the weight is mainly because of the all-aluminium build but it's still worth noting that the HTC One, at launch, will be one of the heaviest flagship devices in the market.

One of the biggest changes that HTC has brought to the One is the redesigned Sense interface. Users familiar with HTC phones will notice that the homescreen now comprises of the Blink Feed- a news and social media aggregator that works similarly to the popular Flipboard app. However, Blink Feed is not a feature that will garner all-out acclaim mainly because of the fact that, in its current state, it offers minimal customization options. Unlike Flipboard, you cant subscribe to any site or RSS feed that you'd like. Instead, you are limited to feeds that HTC has selected. Also, even with your Twitter or Facebook accounts, there's no way to follow individual feeds. Enabling Facebook and Twitter integration will bring your entire timeline/feed to the forefront.

Another problem with Blink Feed is that because it relies on large images, if your data connection is not stable or speedy, the entire app will feel laggy and sluggish. Also, we assume that because of this constant stream of data that BlinkFeed relies on, both data usage and battery life could be points of concern on the HTC One. What makes matters even more unseemly is that when asked about BlinkFeed, HTC execs told Ars Technica that there would be no way to switch off Blink Feed. You can still move it off the main homescreen but the app will continue to run in the background. Couple that with the One's powerful loudspeakers, and even the 2300mAh battery could have issues. 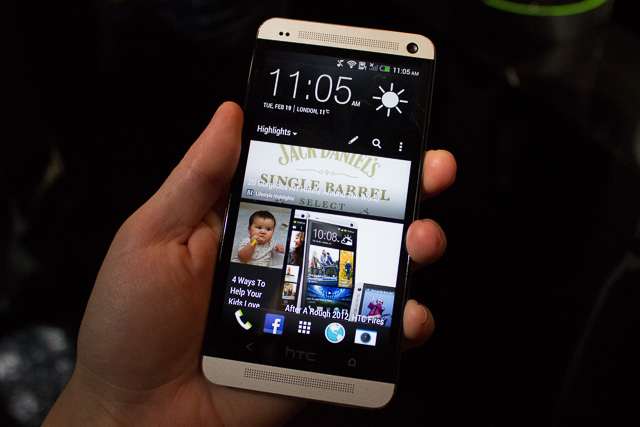 The HTC One joins the ranks of the Nexus 4 as one of the few Android smartphones that don't support microSD cards. Now, this may not seem a big deal considering the fact that HTC will ship both 32GB and 64GB variants of the One, but we still believe that one of the many positives that Android has is the freedom for users to go beyond just the built-in storage. Unfortunately, the One doesn't offer that freedom.

Much has been said about the HTC One's Ultrapixel camera and the benefits it has by cramming in much more information into a single pixel of an image. However, even though the science behind the Ultrapixel concept feels sound, it ultimately depends on the actual implementation of the technology. Journalists who managed to get their hands on the HTC One at the launch event weren't particularly enamoured by the HTC camera. Ars Technica noticed that when compared to the iPhone 4S in low-light, the HTC One's photos had an “unnatural glow” and not “particularly crisp.”

The Verge writers also said that they didn't see anything spectacular in the photos shot by the HTC One's Ultrapixel camera.

None of the reports are actually based on in-depth testing of the HTC One's camera but looking at the amount of hype HTC is trying to generate for its Ultrapixel technology, we were expecting a more significant and noticeable jump in camera performance. Also read, HTC One: Explaining the Ultrapixels 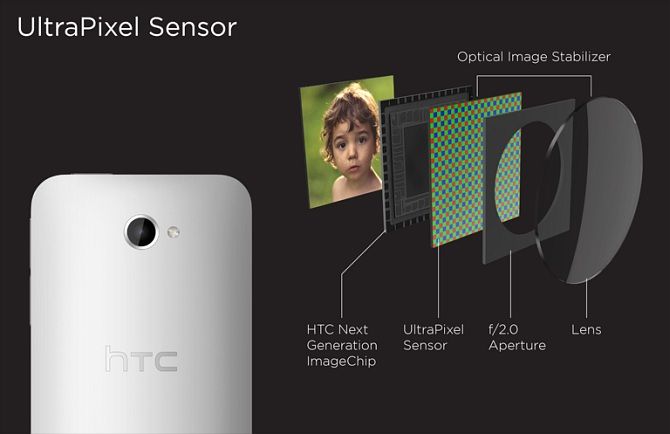 But there's also so much good...

AT the end of the day though, the good in the HTC One definitely outshines the bad. The One is a beautiful, premium phone that HTC has evidently put a lot of effort into. The Ultrapixel camera is theoretically capable of producing amazing photos and we're confident that it will hold its own under rigorous testing. Blink Feed does need more work but HTC has said that it is already in talks with developers and content providers to increase the amount of stuff you can do with it.

The HTC One is also a monster under the hood. Its quad-core processor, Adreno 320 GPU and 2GB of RAM is able to churn out amazing performance and most journalists have already noted how fast the phone feels. The One also has, arguably, the best looking display on a smartphone ever with an incredible 469 pixels per inch (in comparison, the iPhone 5 has 326 ppi in spite of a smaller display).

The HTC One is expected to launch in March of this year and we hope to do a comprehensive review of the phone soon.