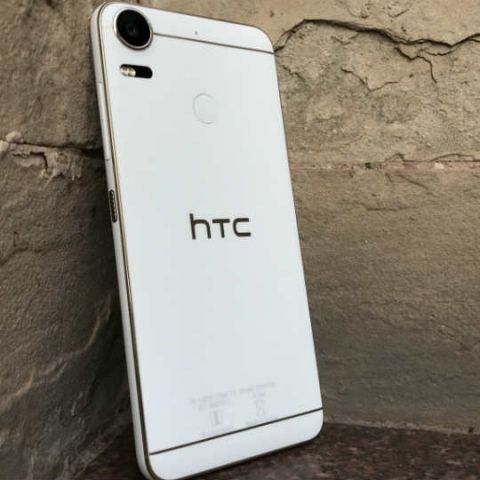 The hardware specs of the HTC Desire 12 has now been leaked ahead of its probable launch at MWC 2018, thanks to the retail box. 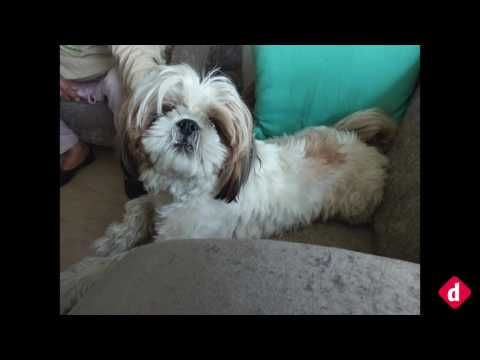 The HTC Desire 12 surfaced a couple of weeks with the speculation of being a mid-range phone. It is expected that HTC will launch the Desire 12 in place of a flagship HTC U12 at the Mobile World Congress in Barcelona at the end of this month.

Now, Android Authority claims to have got their hands on the retail box of the HTC Desire 12 that reveals the hardware specifications of the device. 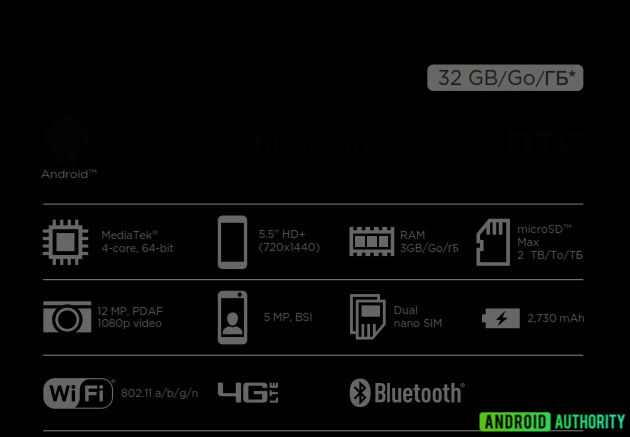 According to the retail box, the HTC Desire 12 will sport a 5.5-inch HD+ display and will be powered by a quad-core MediaTek chipset coupled with 3GB of RAM. At the back, there will a 12-megapixel sensor with phase-detection autofocus and support for 1080p videos while on the front, there will be a 5-megapixel camera with BSI sensor for selfies. Additionally, there will be support for expandable storage via a microSD card and the phone will be powered by a 2,730mAh battery. There will of course be the usual support for 4G LTE, Bluetooth and Wi-Fi.

HTC's got an upcoming 5.5" phone, Breeze (second time as HTC codename), that's mostly notable for pushing full screen, 18:9 aspect ratio down to entry level. Therefore specs are nothing special (Mediatek SoC, 2/16GB, 13/5MP, 2730mAh, etc), and it should be priced to reflect that.

Earlier, Twitter leakster Evan Blass had spilled the beans on the HTC Desire 12 by revealing some info on the upcoming device. He claimed the HTC Desire 12 will run on Android 8.0 Oreo, come with 2GB RAM and 16GB of storage, 13-megapixel rear camera and 8-megapixel front camera.

Now, the two leaks doesn’t really match up with each other and it’s unclear which information is correct. Blass’ leaks have been reliable so far, but even he has had bad days while Android Authority doesn’t mention the source from where they got the retail box.

Well, the only way to know for sure is to wait for the phone to launch, and if it is indeed launching at MWC, it’s not that far.