HTC confirms launch of next U series smartphone on November 2, will likely be bezel-less U11 Plus

HTC has confirmed that its next U series flagship smartphone will launch on November 2. The company tweeted save the date announcement with the caption "We're bringing something new for the #BrilliantU". The company is expected to launch U11 Plus, its first flagship handset with nearly bezel-less design and improved hardware specifications.

According to rumours, the HTC U11 Plus will sport a 6-inch Quad HD+ POLED display with an 18:9 aspect ratio. The handset appeared in GFXBench listing confirming it will feature a 6-inch display with 2880 x 1440 pixel resolution and will be powered by Snapdragon 835 mobile chipset. The benchmark listing suggests it will have 4GB RAM and 64GB internal storage and run Android 8.0 Oreo out of the box. 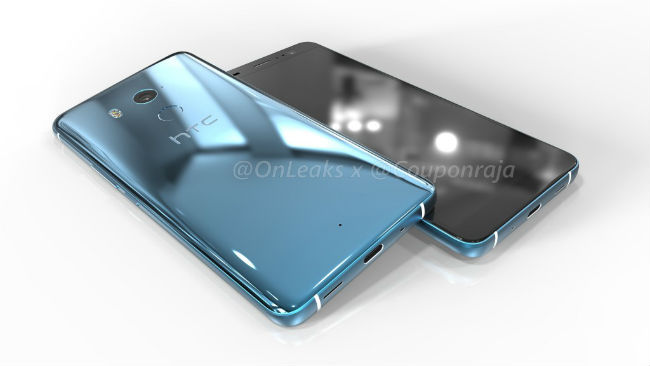 Other specifications include a 12MP rear camera and an 8MP front camera setup. Some reports suggest that this device will be the re-release of U11. While it is evident that HTC is embracing the trend here, the leaked renders suggest that the company is doing away with bezels altogether.

OnLeaks and Couponraja have collaborated to post images of the upcoming smartphone and reveal that HTC will continue with its liquid surface design and measure 158.2 mm x 74.6 mm x 9.1 mm in dimensions. The report also confirms that the handset will continue to feature a single rear camera setup and house a beefy 4000mAh battery. The handset is expected to be IP68 water and dust resistant and support Edge Sense feature for squeezable actions.

HTC recently sold its part of its engineering division to Google and its new device will show company's plan to continue working on smartphones. The bigger question will be whether HTC makes a phone good enough to compete with the likes of Samsung Galaxy S8, Galaxy Note8 and Google Pixel 2 in the premium Android category.