Honor to launch new phone at an event in London on May 15, may be the Honor 10

Rumours circulating the internet suggest that the Honor 10 may come with a 5.7-inch display, Kirin 970 chipset and some AI capabilities. 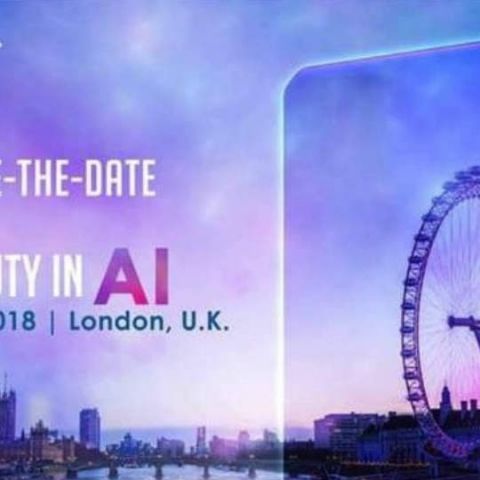 Honor has sent out invites for the launch of a smartphone in London on May 15. Information circulating the Internet suggests that the smartphone could be the Honor 10. Leaks suggest that the phone will have a 5.7-inch display and may be powered by the Kirin 970 chipset along with AI features.  The Kirin 970 is the same chip that powers the Honor View 10 which was also unveiled in London last year. The invitation reads, “Beauty in AI” and since we’ve seen some AI features in the View 10, it is possible that these AI features have been enhanced for the upcoming device. The invite also shows the silhouette of a phone and it doesn’t have a notch which is a good thing. We have seen devices like the Mi Mix 2S and the Galaxy S9+ that do not sport a notch like the iPhone X. On the other hand, we have devices like the Oppo F7, Asuz Zenfone 5, OnePlus 6 and more that are embracing the notch. Huawei’s own P20 and P20 Pro also sport a notch.

Huawei recently unveiled its latest P20 and P20 Pro smartphones. The smartphones feature a thin-bezel design and come with a notch on top of its display. Both the P20 and P20 Pro will be available in a Twilight and Pink Gold, along with Black and Midnight Blue colour models. The Huawei P20 comes at a price of EUR 649 (Rs 52,200), whereas the P20 Pro will cost EUR 899 (Rs 72,300 approx). Coming to the specifications, the Huawei P20 Pro features a 6.1-inch full-HD+ OLED FullView display whereas the slightly smaller P20 sports a 5.8-inch full-HD+ RGBW FullView display. Both the smartphones are powered by the company’s own Kirin 970 SoC, which comes with a dedicated Neural Processing Unit (NPU) onboard and are running on EMUI 8.1 based on Android 8.1 Oreo. The P20 Pro and the P20 both sport 128GB internal storage, feature 6GB and 4GB RAM respectively and come with a home button on the front that supports 'edgeless fingerprint', which can recognise gestures like a long tap for home, short tap for back, and swiping left or right for multi-tasking.

The highlight of the smartphone launch, the Huawei P20 Pro’s triple rear camera setup is equipped with a 40 MP RGB 1/1.7-inch sensor, a 20 MP monochrome sensor and an 8MP sensor with a telephoto lens, which is capable of 3x optical zoom thanks to the new Leica lens. The rear camera also supports 5x lossless hybrid zoom, 10x digital zoom, a laser transceiver for faster autofocus, a Leica colour temperature sensor along with a high sensitivity range of up to ISO 102400, which the company said is same as the Canon 5D Mark IV.

The Huawei P20 comes with a 12MP 1/2.3-inch RGB sensor with a f/1.8 aperture and a 20Mp RGB sensor with a f/1.6 aperture lens. Both the smartphones come with a 24.8MP front facing camera which supports 3D portrait lighting effect, which allows for adjusting the lighting in an image after one shoots it. The smartphone manufacturer also touted the 102 overall DxOMark score of the P20 and the 109 overall score for the P20 Pro.

The P20, P20 Pro also come with wireless Hi-Fi audio with HWA (Hi-Res Wireless Audio), which is capable of transmitting audio over Bluetooth on a 990Kbps bandwidth. They are equipped with dual stereo speakers with Dolby Atmos and Dolby AC-4 audio. The devices come with Google ARCore support and a deeply customised Google Assistant, which will be pre-installed on the phones and will support customised voice commands for their cameras. There's a ton of AI implementation on the devices as well, which enable 4D predictive focus, Master AI in camera for recognising over 500 scene types, AI-based noise removal from calls, AIS (AI based image stabilisation) and more. The Huawei P20 and P20 Pro are expected to launch in India soon.

The Honor View 10 is a phone that we have tested sporting the Kirin 970 SoC. In our review of the smartphone, we said, “The Honor View 10 is a very competitively priced device in India especially if you consider its price internationally. For Rs 29,999 you get a well-built phone which is fast and fluid, runs the latest OS and has a good battery life. The camera is good too with the only problem being the blue bias with the display which can be corrected if you manually change the colour temperature. The features that come under the AI umbrella may not be true AI, but the fact is that they work. With the exception of Microsoft translation app, all the other features mentioned just work. For the price, the Honor View 10 is surely recommended for anyone looking to buy a flagship class smartphone that's light on the wallet.”