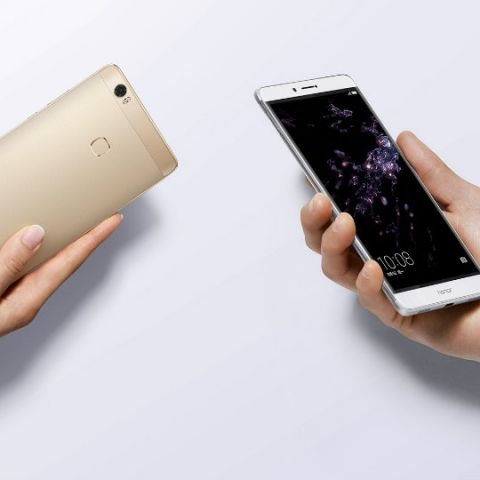 After Xiaomi, Lenovo and Samsung, it seems like it's Honor's turn to climb aboard the big screen bandwagon. The company has unveiled the Honor Note 8 smartphone with a huge 6.6-inch QHD display. Besides the large screen, the device also packs an octa-core Kirin 955 with 4GB of RAM. Further, users will have the option of 32GB, 64GB and 128GB of storage. Besides this, it also sports a large 4500mAh battery.

Unlike its smaller brother, the Honor 8, the new phone is not equipped with a 12MP dual-rear camera setup. Instead, the Honor Note 8 has to make do with a single 13MP. However, it does retain the 8MP front camera found on its smaller sibling. Further, the device features a fingerprint scanner at the back and runs Android Marshmallow v6.0. Prices for the phone start at CNY 2,299 (approx. Rs. 23,000) and will be available in China from August 9.