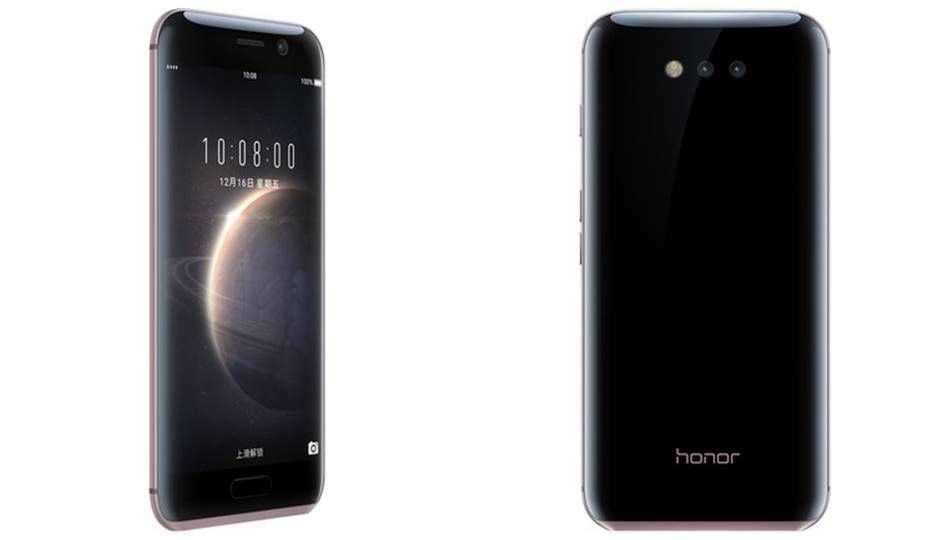 Huawei has announced its Honor Magic smartphone, days after teasing the device on China's microblogging platform Weibo. The launch of Honor Magic commemorates the third anniversary of Honor, which was conceived as Huawei's online-only brand.

Honor Magic's launch comes right after the launch of Xiaomi Mi Mix, the smartphone with nearly no bezels and a screen-to-body ratio of nearly 91 percent. Honor Magic is a traditional smartphone in terms of design but its USP lies in the use of artificial intelligence. Honor says its AI features will help the device to understand and analyse users' data.

Honor Magic features a 5.09-inch Quad HD AMOLED display with dual curved edges. The smartphone is powered by company's very own Kirin 950 processor and packs advanced sensor and recognition technology. The smartphone's most differentiating feature is the WiseScreen sensor which enables users to unlock their phone by simply picking up and looking at the display. The smartphone also uses FaceCode intelligent recognition feature to ensure total privacy by revealing message notifications to only registered users.

With what Honor calls as Magic Live system, the smartphone anticipates users' needs and offers predictive information similar to Google Now offering traffic alerts. "Honor Magic Live system is, for instance, able to formulate a range of customized recommendations based on users' social conversations via instant messaging apps -- conversations revolving around movies will trigger blockbuster recommendations," the company said in a press release.

Honor Magic comes with option of 4GB RAM and 64GB storage. The smartphone houses a decent 2900mAh battery and uses a proprietary speed charging technology which recharges 70 percent of the battery in 20 minutes and 40 percent in just 10 minutes.

"The Honor Magic encapsulates our commitment to cutting-edge innovation and technology. Through this launch, we at Honor are telling our fans around the globe that we are genuinely committed to challenging ourselves and willing to disrupt the status quo to ultimately be able to bring the best mobile-internet experience to them," said George Zhao, president of Honor.

Honor Magic features a dual 12MP rear camera and an 8MP front camera. The smartphone runs Android 6.0 Marshmallow with Honor Magic Live software feature. The device is expected to be released in China only and it is priced around 3,699 Yuan (approximately Rs 36,990).