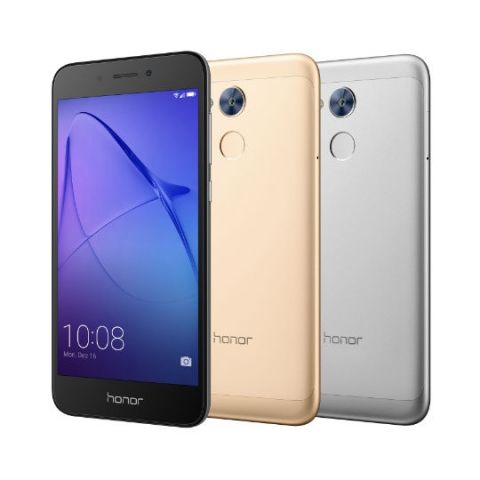 In terms of features, the Holly 4 sports a 5-inch 720p HD display and is powered by Qualcomm's Octa-core Snapdragon 430 chipset. It offers 3GB RAM and 32GB storage, further expandable up to 128GB via a microSD card slot. The Honor Holly 4 sports a 13MP main camera with support for phase detect autofocus and other modes like timelapse, slow motion, pro video and pro picture. It offers a 5MP front camera for selfies with a beautification mode.

"Holly 4 is part of our festive offering to consumers wanting to buy a great device on a budget. Sporting a sleek, elegant metallic design with a fast fingerprint sensor we are confident that this smartphone will be a big winner," said P Sanjeev, Vice President – Sales, Huawei Consumer Business Group India.

The Holly 4 features a design similar to other Honor smartphones with an 8.2mm thick metal unibody and a rear-mounted fingerprint sensor. The fingerprint sensor also doubles up as an additional key that can be configured to perform tasks like browsing through pictures, stop the alarm, pick calls and even take pictures. The smartphone runs EMUI 5.1 based on Android 7.0 Nougat and is backed by a 3020mAh battery.

Honor had recently discounted the price of the Honor 6X and its flagship Honor 8 Pro smartphone. It and also offered EMI options for the Honor 8 Lite. The company also rolled out new premium powerbanks and made its devices available on Flipkart. The company is expected to introduce a smartphone with four cameras, a nearly bezel-less design and an 18:9 display soon.