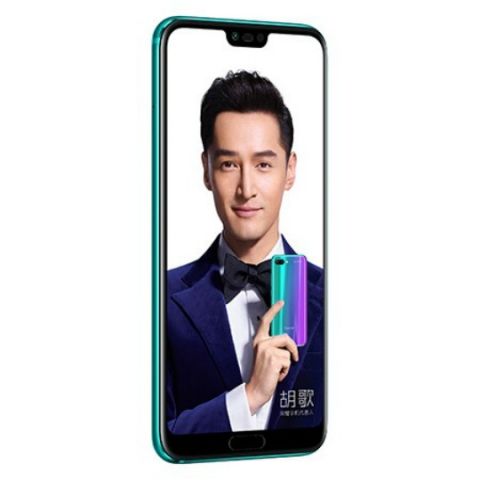 Honor tells us that its upcoming flagship smartphone will be priced at around Rs 35,000 in India, but the exact pricing is still not known.

Honor has confirmed the price of its upcoming flagship smartphone, the Honor 10… well, kinda. The company tells us that the phone will be priced at “around Rs 35,000,” but didn’t tell us the exact figure. So it could either be slightly priced above or below that figure, though we doubt that it will end up being priced higher than the figure they quoted. Of course, one also has to take into consideration the fact that Huawei might be trying to lead us astray and then surprise everyone by unveiling a much lower pricing for the phone. Looks like we’ll have to wait till the global unveiling on May 15 to learn the exact India price for the Honor 10.

Coming to the specifications, the Honor 10 sports a 5.84-inch Full HD+ display with a notch on top. It is powered by the company’s flagship chipset, the Kirin 970 SoC with 6GB of RAM. The phone runs EMUI 8.1, which is based on Android 8.1 Oreo. At the back of the Honor 10 is a dual-rear camera setup consisting of 16MP + 24MP cameras. At the front is a 24MP unit. The phone is equipped with a 3400mAh battery, with support for fast charging and the company claims that the phone takes 25 minutes to charge the device up to 50%.

It should also be noted that the global unveiling of the Honor 10 is just a day before the launch of the OnePlus 6. Honor’s flagships usually go head-to-head against OnePlus’ devices and pricing usually plays a pretty important part. Especially in markets like India.