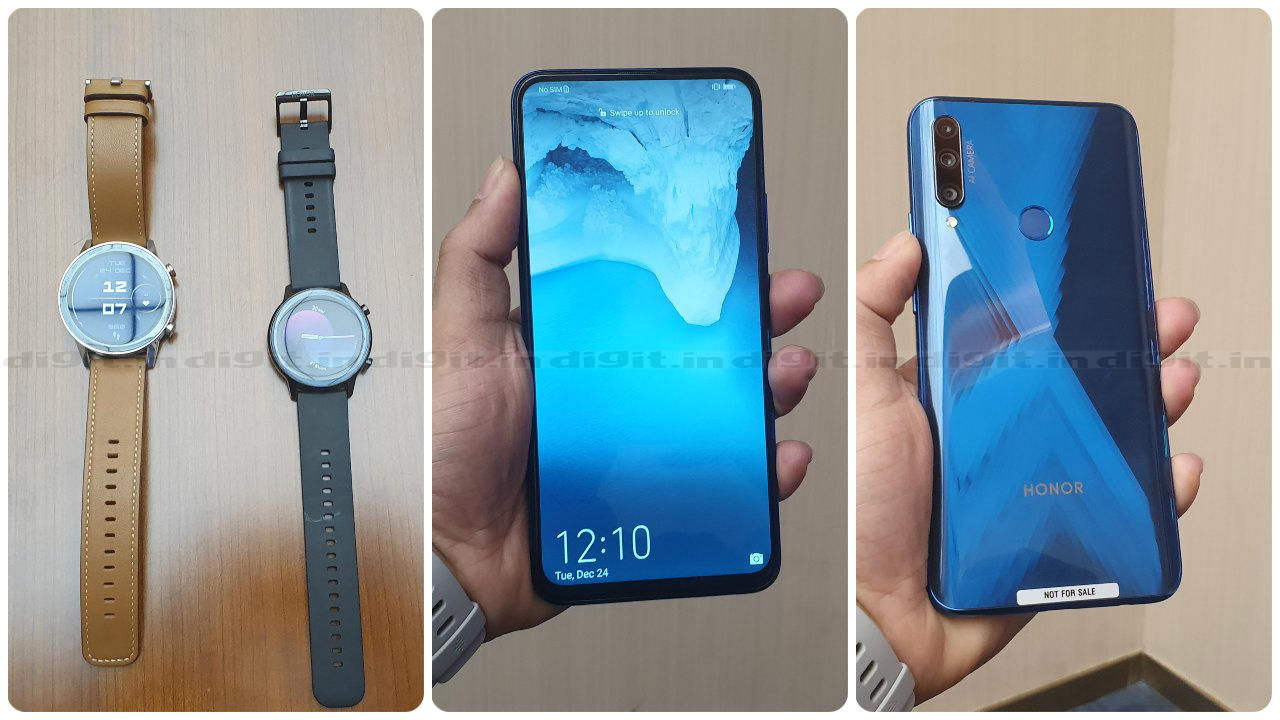 Honor 9X, Honor MagicWatch 2 and Honor Band 5i will be launch in India today.

Honor 9X, Honor MagicWatch 2 and Honor Band 5i have already been launched in China.

Price for all the devices is expected to be announced at the event.

The smartphone comes with a rear-mounted fingerprint sensor. It packs a 4000mAh battery. It runs EMUI 9.1.1 based on Android 9 Pie. It is expected to launch around Rs 15,000 in India.

Honor MagicWatch 2 has a 1.2-inch circular AMOLED display on its 42mm variant. On the other hand, 46mm model comes equipped with a 1.39-inch display. It is powered by the HiSilicon Kirin A1 SoC paired with 4GB of onboard storage. It also comes with 5ATM water resistance and includes a heart rate monitor as well as GPS support.

Coming to the Honor Band 5i, it is a fitness wristband with a 0.96-inch (160x80 pixels) touchscreen display. The band packs a 91mAh battery. The company claims it can last for up to nine days on a single charge. It has nine sports modes. The Honor Band 5i comes with Bluetooth v4.2 connectivity as well as a 3-axis inertial sensor and a heart rate sensor.