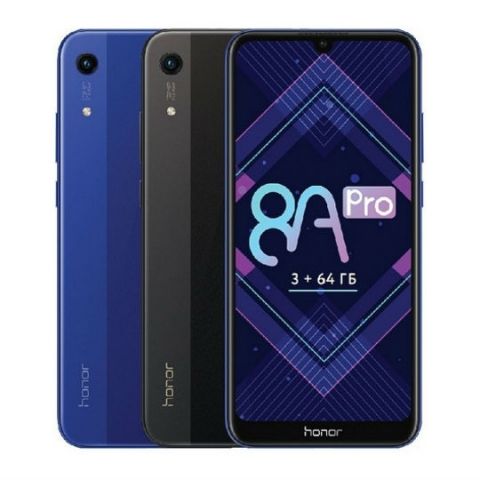 Most of the other specs of the Honor 8A Pro remain the same as the Play 8A.

It features the MediaTek Helio P35 chipset coupled with 3GB RAM and 64GB of internal storage, expandable to 512GB via a microSD card. There is a separate slot for a second SIM card on the device. At the back, the Honor 8A Pro gets a fingerprint sensor and a 13MP primary camera with f/1.8 aperture and an LED flash. There is an 8MP sensor on the front of the device.