Honor 8 Pro with 6GB RAM and Kirin 960 chipset will compete with OnePlus 5. The handset will be Amazon exclusive and will go on its first sale on July 10. 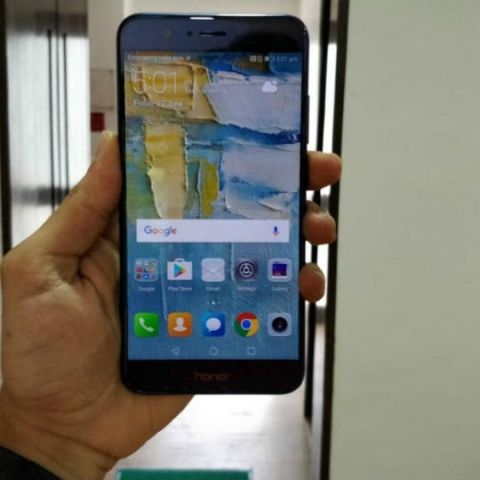 Honor, Huawei's e-brand will officially launch its Honor 8 Pro smartphone in India. The smartphone will be announced at an event in New Delhi at 2PM IST and Honor is live streaming the launch via its social media handles. Ahead of the launch, Honor has confirmed that Honor 8 Pro will be an Amazon India exclusive and the first sale will be held on July 10 at 6PM.

Honor 8 Pro, as the name implies, is an upgraded version of company's Honor 8 smartphone. The handset is already available in select markets in the form of Honor V9 and is expected to be the direct competitor to OnePlus' latest flagship smartphone, OnePlus 5.

In terms of specifications, Honor 8 Pro features a 5.7-inch IPS LCD display with a Quad HD resolution of 2560 x 1440 pixels and Corning Gorilla Glass 3 protection. Powering the device is company's own HiSilicon Kirin 960 chipset, also found under the hood of company's flagship Honor 9, Huawei P10 and Mate 9 smartphones. On the memory front, Honor 8 Pro comes with 6GB RAM and 128GB built in storage whith the option of expanding it via a microSD card.

The Honor 8 Pro also sports a dual rear camera setup like the Honor 8 and OnePlus 5. Both the rear cameras are 12MP in resolution with f/2.2 aperture, phase detection autofocus, laser autofocus and dual-LED flash. There is also an 8MP front camera with f/2.0 aperture and support for 1080p video recording. In terms of connectivity, there is WiFi 802.11ac, Bluetooth 4.2, GPS, NFC and 3.5mm audio jack.

Honor 8 Pro runs EMUI 5.1 based on Android 7.0 Nougat and comes integrated with GoPro's Quik mobile video editing app. The smartphone offers a rear-mounted fingerprint sensor and is backed by a 4000mAh battery along with support for fast charging. The Honor 8 Pro is rumoured to be priced at Rs 29,990, which will make it a compelling option against OnePlus 5.