Honor 8 Pro launching in India in first week of July

The phone has already been unveiled in the UK and features a 5.7-inch 2K display along with a Kirin 960 octa-core SoC 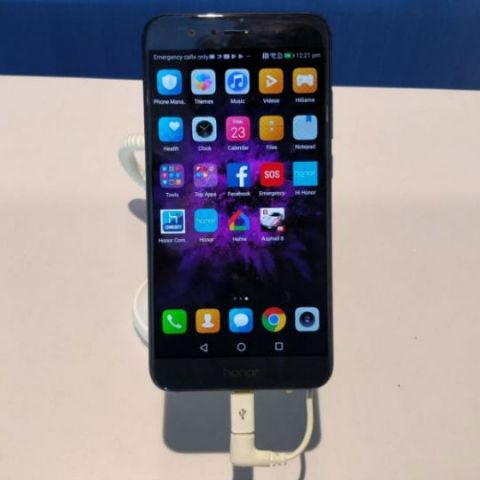 The Honor 8 Pro, the successor to the Honor 8 smartphone, will launch in India on the first week of July 8. Details such as the price or the exact date of availability is not yet known. The phone has already been launched in the UK and sports a 5.7-inch 2K display with a resolution of 2560 x 1140 pixels. The phone is powered by the Kirin 960 octa-core SoC, which is also being used by the Honor 9 and the Huawei P10 smartphones. The phone offers 6GB of RAM as well as 64GB of storage.

The specifications of the Honor 8 Pro are quite similar to the Honor 9, which was unveiled in China a few weeks ago. However, the Honor 9 sports a smaller 5.15-inch Full HD display. While it too comes with a dual-rear camera setup, it uses a combination of 12MP and a 20MP cameras. While the SoC and RAM is the same as the Honor 8 Pro, the Honor 9 is available in China with an option for either 64GB or 128GB of inbuilt storage.