Honor 8 Pro and Honor 6X available at a discounted price 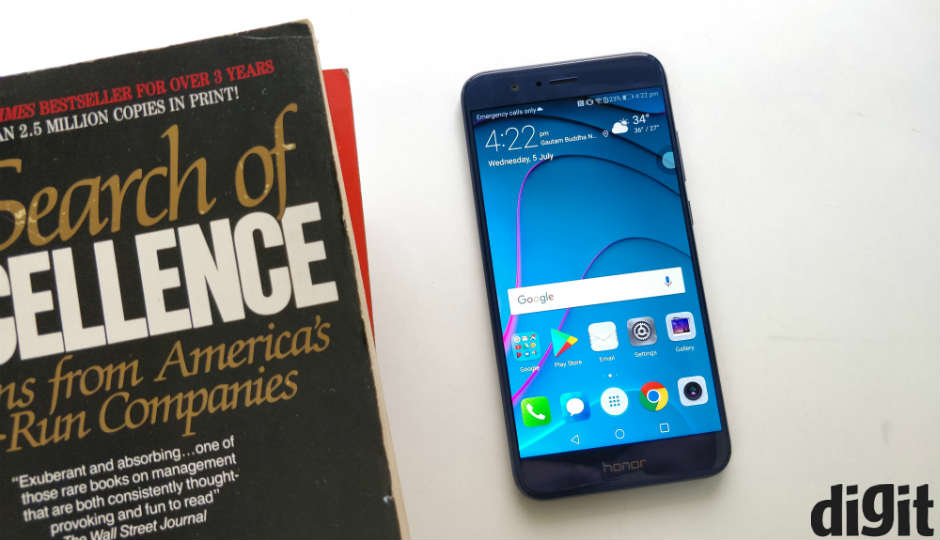 Honor 8 Pro and Honor 6X available at a discounted price

Speaking of the specifications of the Honor 8 Pro, the smartphone has a 5.7-inch display with a resolution of 2560x1440p. It runs on the Kirin 960 SoC coupled with 6GB RAM and 128GB built-in storage, expandable by another 128GB, thanks to the hybrid SIM card slot. The smartphone also houses a dual 12MP camera setup at the back and the front has an 8MP selfie camera. The Honor 8 Pro has a 4000mAh battery. In our review of the Honor 8 Pro we said, “Overall the Honor 8 Pro is a good device for what it offers. The build and design of the phone is fantastic and everyday work happens very smoothly on the device. There isn’t a game or app that didn’t perform on the phone. The battery life is decent. If there is a downside, it’s the viewing angles and overall brightness of the display. The camera performs well in well-lit situations, but falls short in light photography.”

Moving to the Honor 6X the smartphone was launched at the beginning of 2017. it has a 5.5-inch display with a resolution of 1920x1080p. It runs on the Kirin 655 SoC coupled with 4GB RAM and 64GB built-in storage, expandable with an additional 128GB. The smartphone also houses a dual 12MP camera setup at the back and the front has an 8MP selfie camera. The Honor 6X has a 3340mAh battery. In our review of the Honor 6X we said, “The Honor 6X is a well-built device featuring one of the best cameras we have seen in the budget segment. It is relatively smooth and offers a day’s worth of battery life, making it one of the few budget phones that balances out all the necessary features. The Coolpad Cool 1 is definitely a better performer, but the Honor 6X is an able replacement for it.”

Moving on to the Honor View 10, there is no information available about the India pricing. When it comes to the specifications, the Honor View 10 runs on the all new Kirin 970 SoC coupled with 6GB of RAM. The device will run on Android 8 Orio out of the box skinned with the companies EMUI 8. It has a 5.99-inch 18:9 display with a 2160x1080p resolution. At the back, the device has a dual 16MP+20MP camera setup and the front has a 13MP selfie camera. The smartphone has 128GB built in storage expandable to an additional 256GB via a microSD card. A 3750mAh battery powers the smartphone. It will launch in India on January 8.