Honor 7X with Univisium display up for pre-orders via Amazon, India sales start on December 7

The Honor 7X will be announced alongside the Honor V10 smartphone. The Honor 7X is currently up for preorders on Amazon.in and the online retailer is offering over 1000 prizes for customers who will pre-register for the device before December 28. 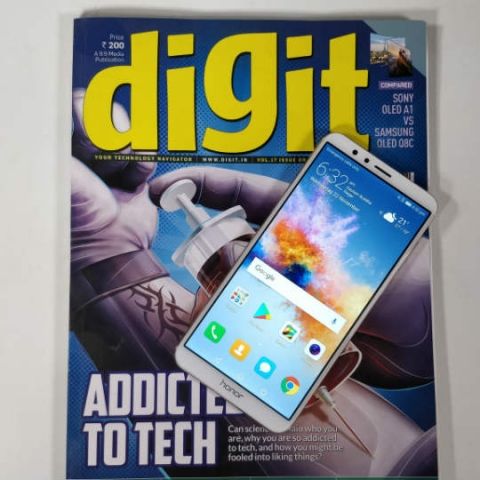 Honor is all set to unveil their latest smartphones, the Honor 7X and the Honor V10, at an event on December 5 in London. Ahead of the Honor 7X (first impressions) official launch, Amazon.in has listed the smartphone for pre-registration and the device will go on sale on December 7.

Amazon is offering some lucrative prizes for customers pre-registering for the Honor 7X smartphone before December 28. Buyers pre-ordering the device can win trip vouchers worth Rs 75,000 but the vouchers will be issued with limited validity. Ten users, from the total customers pre-registering for the device, will also win the Honor 7X smartphone.

Amazon will be giving away 150 power banks and 850 earphones to customers. The winners will be selected at random from the list of users who have successfully pre-registered for the Honor 7X sale before December 28. The winners will be announced on January 8, with the prizes will be awarded by February 5.

The Honor 7X was launched in China last month. It is powered by a Kirin 659 and 4GB RAM. It comes with options of up to 128GB of internal storage and also supports expandable storage via a microSD card slot. The smartphone features a 5.93-inch LCD Full HD+ display with a 2160 x 1080 resolution.

The Honor 7X sports a 16MP+2MP dual rear camera setup and comes with an 8MP front-facing camera. The device is powered by a 3340 mAh battery and uses microUSB port for charging. It runs EMUI 5.1 skin on top of Android 7.0 Nougat and sports a rear-mounted fingerprint sensor.