Honor 7A with face recognition, dual rear cameras and dual speakers to launch on April 2

The company has reportedly sent out media invites for the event in China and the invite suggests that the Honor 7A might feature dual rear cameras and dual speakers, along with the face recognition feature. 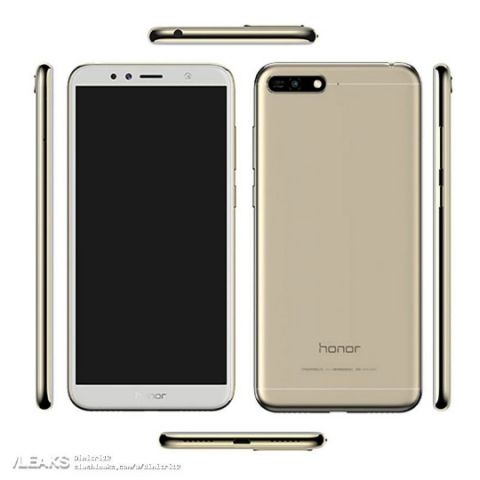 Huawei’s sub-brand is all set to launch its latest mid-range Honor 7A smartphone in China on April 2. The company has reportedly sent out media invites for the device’s launch and as per a PlayfulDroid report, it could be priced around 1,499 Yuan (Rs 15,500 approx). The handset is expected to feature dual rear cameras, dual speakers and support facial recognition as well. The Honor 7A was recently leaked in images, along with almost all of its specifications.

As per the images, the Honor 7A sports minor improvements in both design and specifications as compared to its predecessor, the Honor 6A. The new smartphone now comes with a taller 18:9 display aspect ratio and will reportedly feature a 13MP + 2MP dual rear camera setup. It is speculated to feature a 5.7-inch screen with a 1440 X 720p display resolution and sport an 8MP front-facing camera. The leaked specifications also suggest that the device might be powered by an older Qualcomm Snapdragon 430 SoC and come with 3GB RAM with 32GB internal storage. This wouldn’t be the first device by the company to not feature its Kirin processors.

The Honor 7A is most likely to launch running on Android 8.0 Oreo and is tipped to be backed by a 3000mAh battery. It is also worth noting that the fingerprint sensor is nowhere to be seen on the smartphone and users might have to rely solely on the face recognition feature for quickly unlocking the device.

Honor recently added another handset to its 7 series smartphone with the Honor 7C, which was launched earlier this month in China. It is somewhat akin to the Honor 7X, but comes with lowered specifications. It is powered by Qualcomm’s Snapdragon 450 platform and comes in two variants, one with 3GB RAM/32GB ROM model priced at CNY 899 (Rs 9,200 approx) and another with 4GB RAM/64GB ROM, which costs CNY 1299 (Rs 13,300 approx).

The smartphone features a 5.99-inch HD+ display with a taller 18:9 display aspect ratio. On the rear, it is equipped with a 13MP + 2MP dual-rear camera setup, with the latter aiding in depth sensing for Bokeh shots. The device comes with an 8MP camera on the front and a rear placed fingerprint sensor. It runs on EMUI 8.0, which is based on Android Oreo and supports Face Unlock as well. It’s not clear whether the company will bring either of the two aforementioned smartphones to India.

The company's last smartphone launch in India was the Honor 9 Lite. It features an all-glass rear panel and is equipped with dual rear and front cameras. It sports a 5.65-inch display and following the trend, comes with a taller 18:9 display aspect ratio for more screen area. The handset is powered by the company’s own Kirin 659 SoC and comes in a 3GB RAM/32GB ROM model and a 4GB RAM/ 64GB storage variant. You can read our review of the phone here.