Honor 7A with 5.7-inch HD+ screen, dual-rear cameras to go on sale today at 12PM via Flipkart 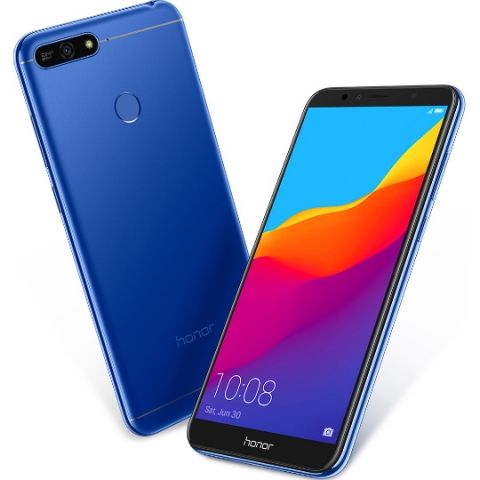 The Honor 7A features 3GB RAM, coupled with 32GB internal storage and is priced at Rs 8,999.

Honor recently launched two new smartphones, the Honor 7A and Honor 7C in India. The former will be available for purchase today via Flipkart at 12PM, whereas the Honor 7C will be available for purchase starting May 31 through Amazon. The Honor 7A comes in only one variant of 3GB RAM/32GB storage, which is priced at Rs 8,999. Highlights of the phone are that it has a taller 18:9 display aspect ratio, dual rear cameras and face unlock feature. The Honor 7A comes in Black, Blue and Gold colour variants and there are also some launch offers on the device. You can check it out here.

Jio customers will get to avail a Rs 2,200 cashback with the device, which will be credited as 44 cashback vouchers of Rs 50 each in the customer’s MyJio App, along with 50GB additional data. For easing the purchase, Flipkart is providing an option to buy the Honor 7A with a no-cost EMI option starting at Rs 1,000 per month. There is also an extra 5 percent off for select users when they buy the phone using Axis Bank Debit EMIs. Additionally, there is a 5 percent off with Axis bank Buzz credit cards.

Coming to specifications, the Honor 7A is powered by a Qualcomm Snapdragon 430 Octa-core processor and comes with the aforementioned 3GB RAM/32GB storage configuration. It features a 5.7-inch HD+ IPS LCD display with a taller 18:9 display aspect ratio and a resolution of 1440×720 pixels. It is equipped with a rear mounted fingerprint sensor, and supports face unlock as well.

In terms of optics, the Honor 7A is equipped with a 13MP + 2MP dual camera setup on the rear, which comes with AI-based features, and support for bokeh mode. On the front is an 8MP sensor, accompanied by a soft selfie light. The dual-SIM phone packs a 3,000mAh battery and runs on EMUI 8.0, which is based on Android 8.0 Oreo.