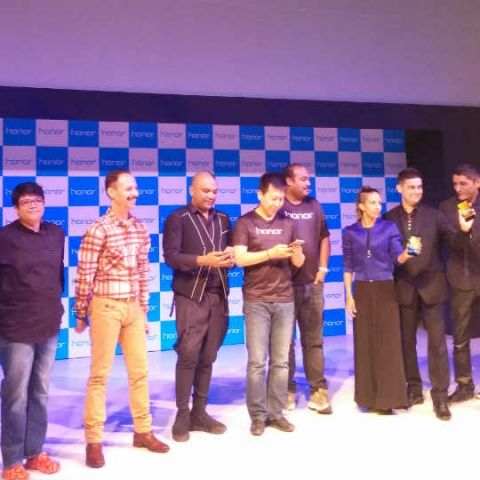 Honor 7 has finally been launched in India. Globally unveiled in July, Honor's latest flagship model features an all-metal unibody design, accompanied by a top-of-the-line spec sheet. The phone comes with a 5.2-inch display. In comparison, the last Honor flagship, the Honor 6 Plus(₹ 26499 at flipkart) featured a 5.5-inch display. Like previous phones, it will be sold exclusively via Flipkart, and is priced at Rs. 22,999.

The Honor 7 is powered by an all-new Kirin 935 SoC. Made natively by Huawei, the Kirin 935 is an octa-core processor set up in big.LITTLE architecture. While one of the four-core cluster is clocked at 2.2GHz, the second quad-core cluster is clocked at 1.5GHz. Unlike the new trend of equipping phones with 4GB RAM capacities, the Honor 7 runs on 3GB of RAM. The device will only have 16GB of internal storage, accompanied by a microSD expansion slot. Also, unlike the international version, India is getting a single SIM version only. 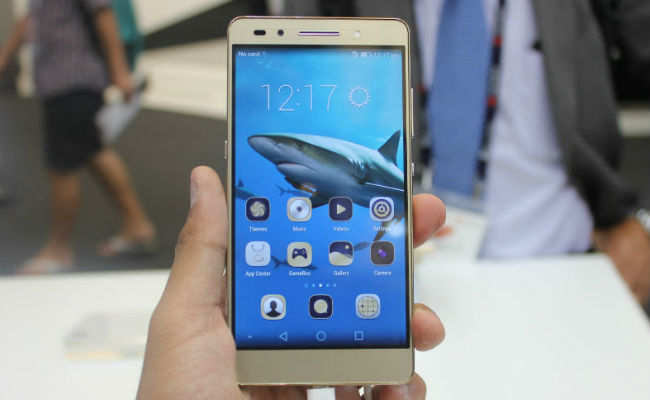 The 5.2-inch IPS LCD has a resolution of 1080x1920 pixels, unlike other flagship devices featuring 2K resolutions. There is a 20MP rear camera which uses an IMX230 sensor from Sony, along with an f/2.0 aperture lens. The camera uses phase-detection autofocus mechanism, which should aid uneven lighting conditions. However, the camera does lack optical image stabilization (OIS). The back also houses a fingerprint sensor. At the front is an 8MP self-portrait camera with LED flash. The battery is non-removable, and has a 3100mAh capacity rating. It runs Android Lollipop, upon which Honor has used its custom Emotion UI v3.1.

The new Honor 7 will be pitted against the likes of One Plus 2, Meizu MX5 and the Motorola X Style, which will be unveiled later this week. Gionee will also be announcing its latest flagship, the Gionee E8, tomorrow. We had previously seen both the Gionee E8 and the Honor 7 at MWC Shanghai.

At the same venue, the Honor Band Z1 fitness tracker has also been announced, at a launch price of Rs. 5,499. No launch date has yet been disclosed for it, but the company has slated it for launch soon.