Honor 10 appears in early unboxing video, will be Flipkart exclusive in India

The Honor 10 will be priced around Rs 35,000 and will come with dual rear cameras featuring 'Semantic Image Segmentation' technology. 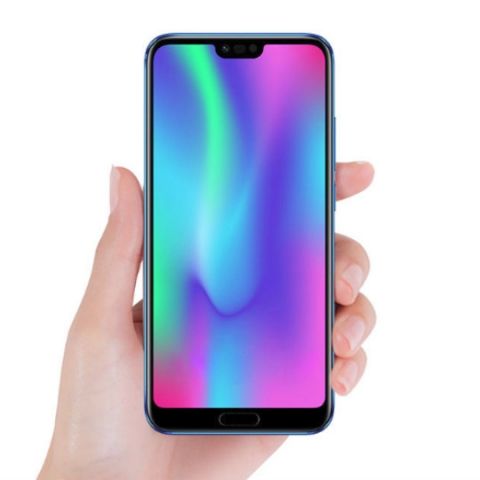 The Honor 10 will be launching soon in India as a Flipkart exclusive smartphone. The flagship smartphone from Honor is expected to launch at an event in London on May 15, with sales going live some time after that. The phone is expected to take on the upcoming OnePlus 6 and as per the invite details, it will sport a full-screen notched display and dual rear cameras.

We also got a peek into what the Honor 10 will look like thanks to the unboxing video posted by XDA developers. Based on the video, the Honor 10 does sport a notched display that stretches all the way to the edges except for the bottom which houses an ultrasonic fingerprint sensor that also doubles up as a gesture-based navigation button.

The unboxing video shows the phone in a metallic blue colour that looks much like the new Huawei P20 Pro (review) where the colour changes based on the angle you're holding the phone. The design and build certainly points towards a premium feel. The Honor 10 also seemed quite compact with a 5.84-inch display.

XDA also revealed some of the specifications of the smartphone. The Honor 10 will be powered by the Hisilicon Kirin 970 chipset that also powered the Honor View 10 last year, and more recently, the Huawei P20. The chipset comes with a dedicated AI processor which the Honor 10 will use for ‘semantic image segmentation’, a machine-learning technology that understands different scenes in the same frame while shooting a photo, to optimise the colour and exposure accordingly.

The Kirin 970 chipset will be coupled with either 4GB or 6GB of RAM and 64GB or 128GB of storage. At the back is an RBG+Monochrome sensor with 16+24-megapixel resolution respectively, while on the front is another 24-megapixel shooter. All that is powered by a 3,400mAh battery with EMUI 8 based on Android 8.1 on top.

The global launch of the Honor 10 is just a day before the launch of the OnePlus 6, which means the high-end smartphone segment will get heated up in the second quarter of 2018.