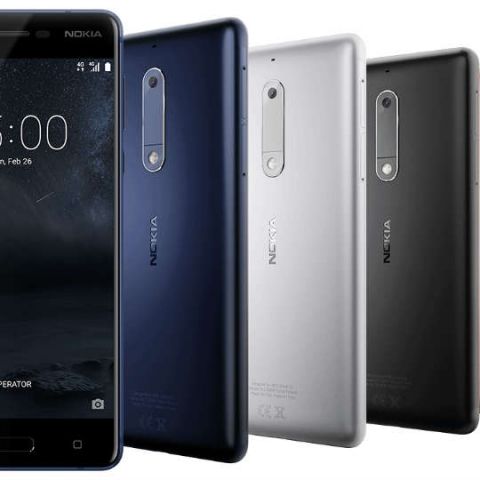 HMD Global’s Chief Product Officer, Juho Sarvikas recently highlighted the benefits of pure Android on Twitter and posted the company’s plans of updating all the Nokia Android smartphones to Oreo. Replying to a user’s comment to his tweet, he hinted that the company may update the Nokia smartphones with Lumia’s camera UI.

A Twitter user replied to Sarvikas’ post saying that the Lumia camera UI should make a comeback on current Nokia Android phones and the CPO hinted that the current Nokia camera app’s UI could be changed to the old Lumia camera UI by saying “I agree with your assesment”. Official Nokia Mobile account also liked a reply by another user who thanked Sarvikas for confirming the update of the camera app on Nokia phones.

I agree with your assesment

An earlier report indicated that when HMD acquired Nokia, over 500 Nokia design patents were transferred to the company from Microsoft. The transferred design patents included one for the Lumia Camera UI which was introduced with the Nokia Lumia 1020. It offered easy access to camera controls like ISO, focus, exposure and more. The app was later made available to other Lumia devices and now it could be making its way to current Nokia Android smartphones.

Nokia had launched its Nokia 3,5,6 and the Nokia 8 smartphones in India, and recently announced the Nokia 2 which is the latest addition to HMD Global's portfolio. The Nokia 2 is priced at  €99 (Rs 7,500 approx, directly converted) and will be available starting November. The company has not announced an India price for the device. The smartphone features a 5-inch 720p HD display and is powered by Qualcomm's Snapdragon 212 chipset. It comes with 1GB RAM and 8GB internal storage, which can be expanded further using an SD card slot.

The Nokia 2 comes with an 8MP primary camera and a 5MP front facing camera. It runs on stock Android Nougat and is confirmed to be upgraded to Android 8.0 Oreo in the coming months. HMD Global has highlighted the battery of the device and says that its 4100mAh battery can last for two full days. You can read our first impressions of the Nokia 2 smartphone here.